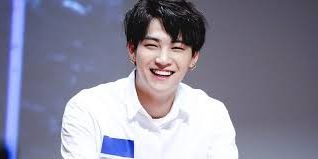 JB surprises his fans with a new look. The changes in the hair of this idol do not stop falling in love with Ahgase.

Through his second Instagram account (def.cnvs) JB shared a couple of updates that have sparked the curiosity of his followers regarding his new image.

In the first photo Jaebeom wears a cap and a face mask, showing only part of his face, the idol seems to be in a car in the middle of the darkness, however, the long black hair that has accompanied him for a while does not seem to show. Given this, his fans began to comment on the possibility that he had cut his hair and, since most continued to flatter his image shown in the photoshoot with MAPS magazine, this seemed totally unexpected, breaking the hearts of many Ahgases.

Although the possibility of her hair being tied up and hiding between the idol’s clothes and the darkness of the stage was discussed , many suspicions about a change of look began to arise. An hour apart, JB uploaded another photo, this time we see him at home and turning his back on a mirror while capturing the moment with his phone.

With the description ‘new color shh’, JB confirmed the suspicions of his followers, showing a different hue in his hair, but maintaining the length of it. Apparently it is a pinkish tone , although it is difficult to distinguish it clearly because neither of the two photographs has good lighting to determine it.

Previously, GOT7 fans had asked why JB no longer dyed his hair , he said he had no plans to do so because he had a sensitive scalp , despite that, since his second collaboration with MAPS l was announced. The fans revived the image that JB had during the first session, in which we saw him wear pink hair for the first time , is that how he got inspiration for this change of look? Either way, the root of your hair maintains a more natural shade that degrades into pink, probably supporting your idea of ​​taking care of your hair as much as possible.

DEMI LOVATO AND THE SAD STORY OF THE SONG SHE WILL...