Home Celebrity JB fulfills his dreams by posing for MAPS 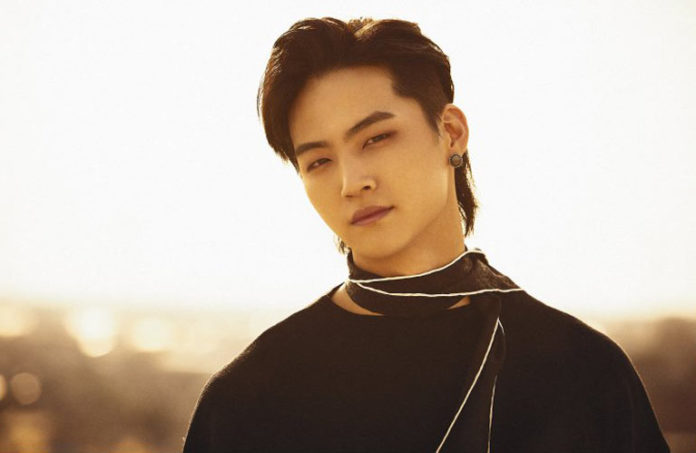 JB fulfills his dreams by posing for MAPS. The idol surprised his fans with an incredible photo shoot.

The cover of MAPS Magazine for the month of April had the participation of the leader of GOT7 , who also held a photo session for this medium. This is the second time that JB and MAPS have met, the idol has previously said that it is special for him to be in this magazine since it is one of which he used to read years ago , before becoming a kpop star.

Both Jaebeom and the MAPS staff expressed that it was a good experience and they were glad to meet again for the two versions of this magazine that were released. Through this printed medium, they expressed their perception of the idol, saying that ‘his eyes are still glowing and his body still has a beautiful atmosphere with it. It has matured as an artist, although it is very colorful it is still like a white sheet full of potential ‘

MAPS magazine staff admitted that they thought the magazine would probably not sell as well due to the emergency unleashed by COVID-19, however, given the high demand it has had they plan to even release a second edition, after a of the versions already sold out.

During episode 6 of GOT7 OFFLINE we were able to see the behind the scenes of this photoshoot. JB’s energy is transformed from a cool, sexy and relaxed attitude in front of the camera shots to a fun image, full of excitement and curiosity while backstage , while Jaebeom was preparing for a costume change, the staff Emphasizing the singer and dancer’s habit of reading, JB happily shared that, although he probably doesn’t seem like the type to read, he actually does it very often.

Since the promotions for the GOT7 album Call My Name, JB showed a different look than we had seen before, her hair was longer and her natural dark color contrasted with her face. Fans of the group undoubtedly loved his style during that era, after that, the idol had not been seen on many occasions, the updates to his Instragram and the last live broadcast that he made with the members of GOT7 had not provided the chance Ahgase would get a good look at JB’s look but they were sure his hair was still growing. MAPS has given them the opportunity to finally do it , where the impeccable visual of this artist has only surprised his followers.

Check out the behind-the-scenes photoshoot below, or click here to watch it with captions from VLIVE