Home Entertainment Jay Hernandez Has a Nice Message For Fans After the Previously Canceled... 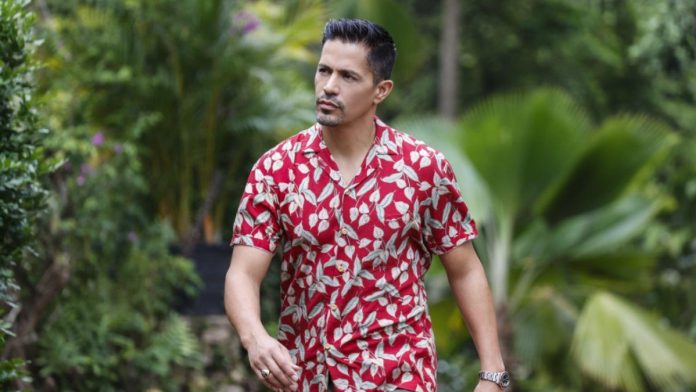 While things were tough on television in terms of cancellations of the 2022 season, Magnum P.I. became one episode to get the good news. After the CBS series was shut down in May, NBC recently announced a two-season extension, delighting actors and fans around the world. Star Jay Hernandez, who plays the main character, has now shared a sweet message with fans after the news.

Jay Hernandez took to Twitter over the July 4th weekend not to celebrate America’s birthday, but rather to celebrate the Magnum P.I. update. He responded to a video about him shared by NBC and thanked fans for their hard work, including “Save the Magnum PI Billboard” to relaunch the show. He expressed the same feelings in his tweet and said he was grateful and grateful that he would start shooting again soon.:

So many people have worked very hard to make this happen. CBS, Universal, Magnum executives and all the fans. The huge effort paid off in a very incredible move for any TV show. We can’t wait to start shooting again. 🙏🏽 #MagnumPISaved

Seeing how excited Jay Hernandez is about the pickup, and the fact that it was because of the fans, should be worth the upcoming update wait. It’s been a long month and a half since news of CBS’ cancellation first broke, but Hernandez also revealed that he’s ready to dive right into season 5.

Magnum P.I. was originally canceled in May, shortly after the season 4 finale, and the CBS boss cited several “factors” as the reason. This came as a surprise, like many cancellations this season, which means that the show didn’t get a proper ending. Shortly after, the show’s studio, Universal TV, reportedly sold the series to other networks in the hope that it would be picked up again. Things seemed encouraging at a time when negotiations seemed open with either USA Network or NBC, but it took a long time for the deal to actually materialize.

However, it’s not surprising that the show was picked up by another network, given its very persistent fans. Fans quickly rallied around the drama after the cancellation, creating hashtags and petitions to convey the message that it needs to be saved. Again, there was even that billboard in Times Square that caught the attention of some stars.

Fortunately, good news soon came. Late on the evening of June 30, shortly before the expiration of the cast options, NBC decided to keep Magnum P.I. for 20 episodes, dividing it into two seasons. It was an agonizing wait, but it finally happened, and from now on, only good news should come on this front.

In the meantime, don’t forget to watch the latest season of Magnum P.I. now on Paramount+ and check out the CinemaBlend TV program for 2022 to find out what you can do until the 5th season is released!