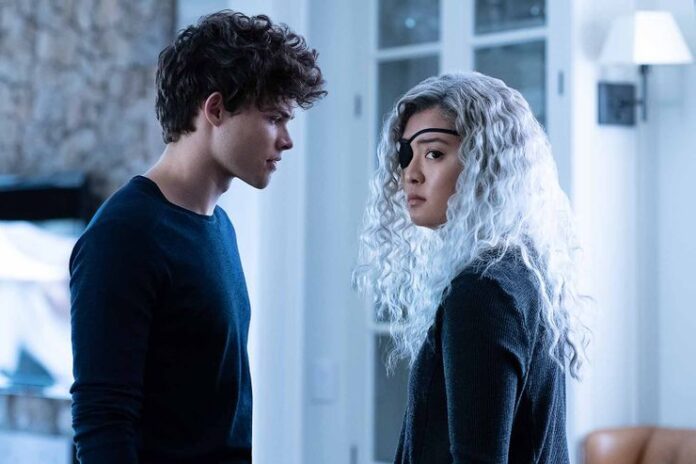 An image from the Titans features Jason Todd (Curran Walters) in civilian clothes inside a house, Curran Walters’ face is lightly covered in a Christmas theme, which the cinematographer called “the Festivus board.”

No very relevant details have been announced about the next plots that the third season of Titans may cover, but Jason Todd is expected to be a focal point.

According to a Titans theory, the third installment includes a change in Jason Todd starting a new hero, called Red Hood but, what is known about his origins will not be covered, then it remains to be seen how the story could get to that point .

Although in the same way it is estimated that the third installment of Titans will lean slightly towards Gotham, with the move of the entire team from San Francisco to the city of the Dark Knight.

It is also expected that several Gotham characters appear in Titans such as Barbara Gordon, Jonathan Crane or even others, as there are so many characters it could be very disadvantageous for the series.

Showing it too loaded, but Jason Todd’s change in appearance could help the Titans series resurface by showing new scenarios and focusing on her life change from Robin to Red Hood.

Since Titans doesn’t have a release date for season 3 yet, it may be a while before Red Hood hits the small screen. The series will resume filming in 2021.

Any more tempting suggestion from social media will probably have to wait for the new year as well. Titans fans will have to content themselves with speculating and theorizing until then.