Home Celebrity Jason Momoa could be without the role of ‘Aquaman’ 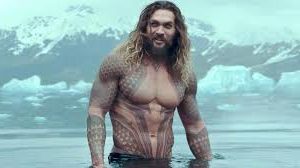 Jason Momoa could be without the role of ‘Aquaman’. DC would seek to give a new twist to its universe.

DC has been struggling to consolidate its Cinematic Universe; however, there have been few stories that have succeeded at the box office and convinced fans.

One of those films is “Aquaman” , whose protagonist is Jason Momoa and thanks to his personality and great performance he conquered the critics and was successful at the box office, but it seems that the actor could be left without the role.

According to information from the We Got This Covered portal, Warner Bros may have a new project for the universe of the marine superhero. Jason Momoa would cease to star in movies related to “Aquaman”, the rumors say they are already looking for his replacement.

But fortunately for fans, Momoa will finish filming the sequel, and possibly a third of the series, but when his character “Arthur Curry” takes the throne of “Atlantis”, he can no longer carry out his mission with hero. In addition, the rumors make sense, as it is believed that the actor could play “Kraven”, possible villain of “Spiderman 3”

DC’s plans are to find a new actor and the new “Aquaman” would be “Kaldur”, son of “Black Manta”, an enemy that Jason Momoa faced in the first installment. So far, nothing has been confirmed, but the audience grew fond of the actor.