Home Entertainment Jason Momoa Is Filming His New Show in Hawaii, But Some locals... 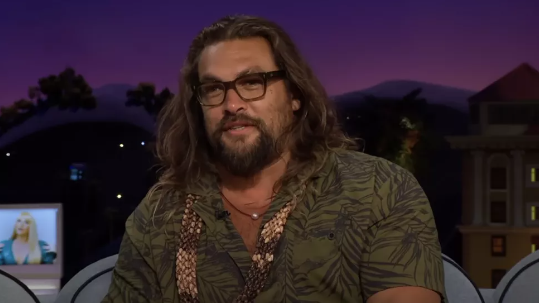 Jason Momoa completed the third and final season of his Apple TV+ drama “See” with the series finale back in October, and he’s already working on his next show for the streamer, which involves filming in Hawaii. A native of the state himself, Momoa tells the story of the unification of Hawaii and then colonization from the point of view of the indigenous people with a future warlord. However, despite the demonstration of Hawaii, not all locals are happy with the production.

According to TMZ, the production of “Military Chief” was associated with the closure of the local farmer’s market Kaimu on the Big Island due to the fact that the production team asked to use this area for filming the show. In response, sellers who would lose income in two weeks of downtime began to seek compensation from the film crew.

While no one from the show reportedly responded to TMZ’s request for comment, the market manager indicated that the production team would not reimburse suppliers or the market for closing costs as they “haven’t spoken to them at all.” The show is rented from property managers in the same way as the market. The Kaimu Farmer’s Market is open only on Saturdays.

According to the manager, vendors learned just six weeks before that they would not be able to hold the market as expected on December 3 with the addition of December 10 three weeks ago. The manager also stated that the shutdown affects farmers the most because they do not have a place to sell products (for example, eggs), since “chickens continue to lay regardless of whether we have a market or not.”

The Kaimu Farmers’ Market is usually open on Saturdays from 8:00 to 12:00, and the market’s website states that it receives more than 60 vendors and 1,400 visitors every weekend. The market first announced the closure on December 3 via a Facebook post on October 19, at the time simply stating that it would be closed “due to unforeseen circumstances.”

The Facebook account revealed additional details on October 31 after it received news that the market would have to close on December 10, as well as on December 3, and the comments section of this post was filled with vendors expressing their dissatisfaction and well-wishers offering potential solutions.

The account responded to some suggestions about moving the location to those days, showing that it was “too late” because there was no way they could “prepare for such a large market without prior notice.” Another poster read: “Thanks to Jason for taking our living hood at the busiest time of the year.”

Although Jason Momoa did not comment at the time of writing, he is associated with Chief of War not just as a star. He also serves as an executive producer and screenwriter, and the upcoming series will be his first script for television. The “Aquaman” star is also teaming up with another actor from the DC superhero movie, as Temuera Morrison is part of the cast of “Military Chief.” (Morrison will also reprise his role as Thomas Curry in Aquaman and the Lost Kingdom alongside Momoa.)

Jason Momoa also bragged about the good moments in Hawaii, with a literally cheeky photo, and he brought a similar traditional Hawaiian little for a recent appearance on Jimmy Kimmel Live! Only time will tell whether the production of Chief of War and Kaimu Farmer’s Market will agree before the market closes in December… and whether Chief of War will eventually be among the best Apple TV+ shows worth watching.

YouTube: Explanation of the Game On Feud with Markiplier

Why Christina’s Stalker Already Had a Memorial in Westworld