Home Entertainment Jason Momoa Explains How “Aquaman 2” Will Nod to One of His... 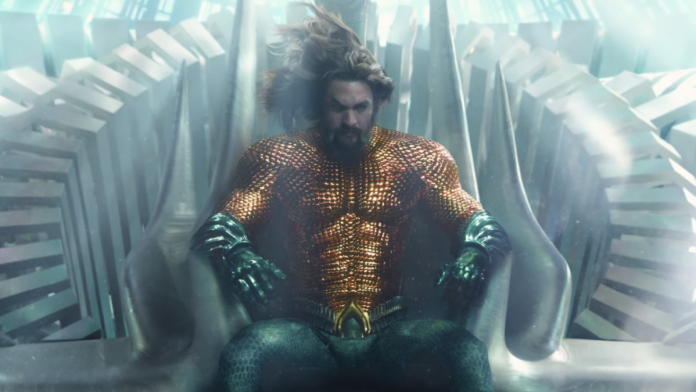 Although we recently saw Aquaman Jason Momoa in Zack Snyder’s Justice League and appeared alongside Ezra Miller’s Flash in Peacemaker, it’s been four full years since this version of the water-breathing DC superhero made his first solo film. Fortunately, next spring will see the long-awaited arrival of Arthur Curry, who next shines on his own in a cinematic setting, “Aquaman 2,” also known as “Aquaman and the Lost Kingdom.” During a conversation about the sequel, Momoa shared how “The Lost Kingdom” would nod to one of his real passions.

It’s fitting that Jason Momoa plays a superhero who protects the Earth’s oceans, as Jason Momoa is actually an environmental activist and was appointed an advocate for life underwater by the United Nations Environment Program earlier this year. As for “Aquaman and the Lost Kingdom,” Momoa told ET how the sequel will delve into the environmental issues our planet is suffering from, saying:

It’s just a laugh… Me and Patrick [Wilson], it’s a bit like a brother’s journey, so there’s a lot of fun there. And there are a lot of things that just happen in our environment, talk about climate change and just stumble upon certain things that I wanted to stumble upon.

Although Jason Momoa did not specify in this interview what this aspect of Aquaman and the Lost Kingdom would entail, in a GQ profile about Momoa published earlier this month, it turned out that the sequel would contain a scene in which Arthur Curry gives a “grand speech” at the UN to warn them of a “disaster looming on the horizon.” A conversation about art imitating life… or rather predicting the life given during the filming of The Lost Kingdom, as Momoa spoke to the United Nations in June during the Ocean Conference held in Lisbon. While the first Aquaman movie did show that Patrick Wilson’s Orm, aka Ocean Lord, was motivated to destroy the surface world because of how he polluted the oceans, now that Arthur sits on the throne of Atlantis, he is looking for a more peaceful approach. in order to force humanity to change its ways.

As for Arthur Curry and Orme embarking on this high-stakes “brother’s journey” in Aquaman and The Lost Kingdom, when we settled on these two characters in Aquaman, Arthur decided to imprison Orme for his crimes rather than execute him. Obviously, the “Lost Kingdom” will give Arthur enough incentives to free Orm and go on an adventure together, where they will work towards a common goal, which may include caring for the environment. Jason Momoa added that along with laughter, “The Lost Kingdom” has “a lot of pain” and “a wonderful new level of action.”

“Aquaman and the Lost Kingdom” is scheduled for the upcoming DC movie schedule on December 25, 2023. Jason Momoa can be seen in the latest season of “See”, which is available for viewing on an Apple TV+ subscription.

According to Levar Burton, how “Star Trek: The Returning Cast of...