Home Celebrity Jared Leto plays a Vampire Scientist in Morbius: Everything You Need to... 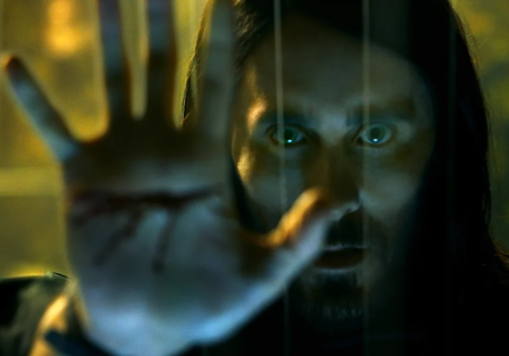 Fresh blood. Jared Leto returns to the superhero genre, but this time his character also turns out to be a vampire.

The 50-year-old Oscar winner plays Dr. Michael Morbius in the new movie “Morbius”, based on the comics about the Spider-Man universe. The film finally debuted on Friday, April 1, after several delays caused by the coronavirus pandemic.

“What I liked about it was that it was an opportunity to bring a character to life for the first time,” the Dallas Buyers Club star told Screen Rant in an interview published Thursday, March 31, explaining why he decided to take up the case. role. “And it’s getting harder and harder to do because many of these incredible, iconic characters have been portrayed. They have been implemented before. So it was very interesting to start from scratch.”

Although Morbius first appeared in an issue of The New Spider-Man in 1971, this character never appeared on the big screen. Stephen Norrington, who directed Blade in 1998, played Morbius in a cameo role in this film, but eventually this scene was cut from the film. When Guillermo del Toro directed Blade II in 2002, he did not have the rights to use the character.

Leto previously played the Joker in 2016’s Suicide Squad, but as fans know, the Batman supervillain has appeared on screen many times. Heath Ledger and Joaquin Phoenix won an Oscar for their role as characters in the films “The Dark Knight” in 2008 and “The Joker” in 2019, respectively.

The singer’s interpretation of the character 30 Seconds to Mars caused controversy among viewers and critics, but now Leto fondly remembers his time as the Joker. “This role was the opportunity of a lifetime,” he told Variety earlier this month. “And I had the chance to do it twice.” (He reprised the role in Zack Snyder’s Justice League, released in 2021.)

Morbius is a Marvel comics character, but the film is not part of the Marvel cinematic universe, which includes The Avengers, Guardians of the Galaxy and others. Instead, the events of the film take place in the same parallel universe as in the Tom Hardy films “Venom” and “Venom: Let there be Carnage.”

Leto, for his part, still hopes to meet Tom Holland’s Spider-Man in a future movie, despite the fact that Morbius exists in another universe. “I think Tom Holland and I have a date with destiny,” he told Screen Rant. “It would be great to get into the ring with him and fight face to face, of course.”

Keep scrolling to find out everything you need to know about Morbius.

What is it about

Michael is a scientist suffering from a disease that prevents him from producing blood. He figures out how to cure the disease after experimenting with vampire bats, but in the process turns into a vampire. The drama arises when his brother Milo also comes in search of a cure. Michael doesn’t want his brother to turn into a bloodthirsty vampire, but he may not have a choice.

Is there a scene after the credits?

In “Morbius” there are — attention, spoilers — two scenes after the credits. The first one depicts a Vulture, aka Adrian Tooms (Michael Keaton), transported into Michael’s universe with the help of a magic spell (presumably the one used by Doctor Strange in last year’s movie “Spider-Man: There is no Way Home”). Vulture previously appeared in the 2017 film Spider-Man: Homecoming.

In the second scene, Michael is driving along the coast when he hears a mechanical roar. The sound is made by a Vulture who tells him that he wants to form a team with him. Fans took it as a hint that Sony is working on the film “The Sinister Six”. In the comics, the Sinister Six is a group of supervillains that includes Vulture, Doctor Octopus, Electro, Sandman, Kraven the Hunter and Mysterio.