Home News Japanese Billionaire Yusaku Maezawa, Will Give Money to Twitter Followers for ... 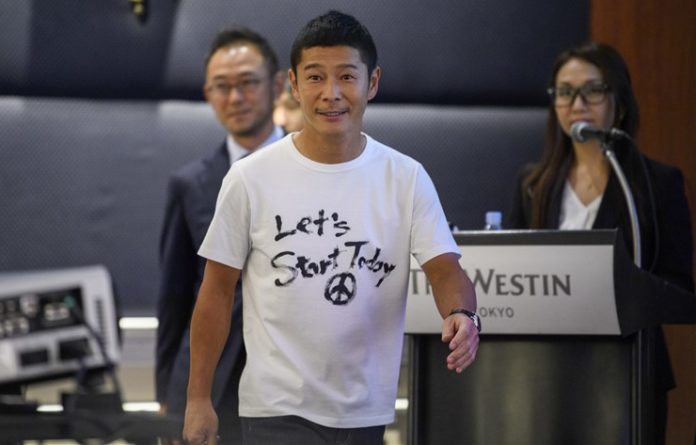 Japanese Billionaire, Will Give Money to Twitter Followers for Elon Musk’s Will Send to the Moon

Japanese billionaire Yusaku Maezawa, to whom Elon Musk will send to the Moon, will distribute money to Twitter followers as part of a “social experiment”. The aim of the experiment is whether the followers who receive the money will be happier.

Japanese billionaire Yusaku Maezawa announced that he would distribute money to his followers on Twitter. Maezawa described it as a “social experiment” to see if people who receive money would be happy.

Maezawa, the first tourist Elon Musk will send into space, will give 1 million yen ($ 9,000) to 1000 people randomly from his followers who retweeted his tweet on January 1. Followers who receive the money will regularly fill in the questionnaire to determine the effect of the money.

I have a passion for collecting contemporary art, Japanese antiques, supercars, wine etc. Some people know me for purchasing J.M.Basquiat’s $110 million painting. I will be the first civilian to fly around the moon on @SpaceX's Starship rocket, scheduled to launch in 2023. pic.twitter.com/nPflXNid3e

Maezawa said it would be a “serious social experiment” in his statement from his YouTube account, adding that he hopes to attract the interest of academics and economists. The first billionaire to go to the moon, the Japanese billionaire, is known for his spending on art and sports cars, as well as the importance given to ideas such as “a world without money”. While Maezawa emphasizes theories of basic income or unconditional income for all citizens, these ideas are supported by politicians such as Andrew Yang, a presidential candidate of the US Democrats.

The Japanese billionaire says he wants to be instrumental in a wider discussion of what this theory deserves because it has enough money and free time. The idea of ​​universal basic income is supported by the fear that artificial intelligence will take away people’s business. However, it is said that this fear is not yet apparent because of Japan’s tight labor market.

In 2019, I did a 100 million yen giveaway on Twitter (1M yen to 100 winners). I hold the record for the most retweeted tweet.
In 2020, I did a giveaway of up to 1 billion yen.
This social experiment will study the effects of UBI.
Will you be happier if you were given 1M yen? pic.twitter.com/waa7XhiGIz

Maezawa, who recently embarked on headlines with his girlfriend actress Ayame Goriki, has about 7 million followers on Twitter. The Japanese billionaire stands out for its flamboyant consumption and intimate explanations of the meaning of life. Also featured on YouTube, the Japanese are sharing videos from everyday life, from rides on a rich private jet to a haircut in the barbershop.

Fire of four alarms at Pier 45 in San Francisco