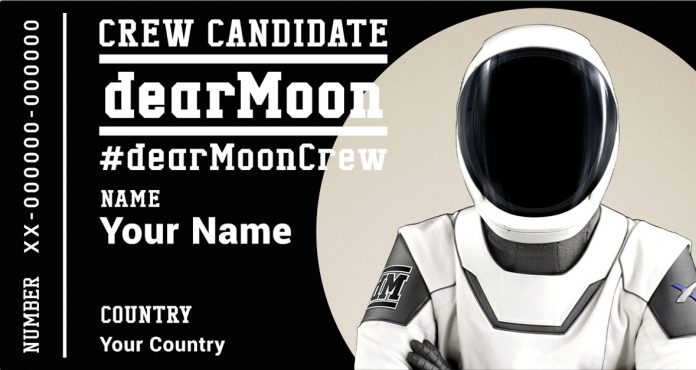 Japanese billionaire Yusaku Maezawa, his people; In his special mission around the moon in SpaceX’s Starship; He invited him to apply for travel and announced that he would travel only with an elite group. The trip is currently scheduled for 2023, but this date may not be valid.

“I want people from all backgrounds to participate,” Maezawa said in a video where the competition application was posted. There will be 10 to 12 people in total, but I will invite 8 people for a ride. ” made statements.

Founder of Japan’s largest online fashion retailer, Maezawa’s personal fortune is about $ 2 billion. Maezawa announced the Lunar Project, which aims to bring “six to eight people from around the world” to accompany him on a six-day lunar flight mission in 2023.

There are currently two selection criteria for the journey. One will be chosen from among those who are “able to push their limits to help other people and somehow the larger society” and another “willing to support other crew members who share similar aspirations.

The project has been constantly changing for the last two years. In January 2020, Maezawa launched a campaign to look for a female partner to accompany her around the Moon. A website received 27,722 applications for the competition. However, the contest was canceled weeks later, for personal reasons.

Maezawa’s announcement does not contain any details on how the chosen astronauts will be trained for the mission. However, he made it clear that the undisclosed ticket price was his own: “I bought all the seats. This will be a special journey. ” found in the description.

Starship is SpaceX’s next-generation, fully reusable Mars rocket system designed to transport people and up to 100 tons of cargo into deep space on future missions. So far, rockets have flown only for trial purposes, and both tests have resulted in fiery explosions during landing attempts.

SpaceX’s other crew vehicle, Crew Dragon, is already in use at the operational stage. In addition, his work continues for future flights with private astronauts and tourists. Acorn-shaped capsule; last year, he flew the first two astronaut crews to the International Space Station as part of NASA’s Commercial Crew Program.

Bitcoin Is Experiencing Liquidity Crisis: How Is It Affected?