Home Science Japanese billionaire Elon Musk will send to the Moon in 2023, looking... 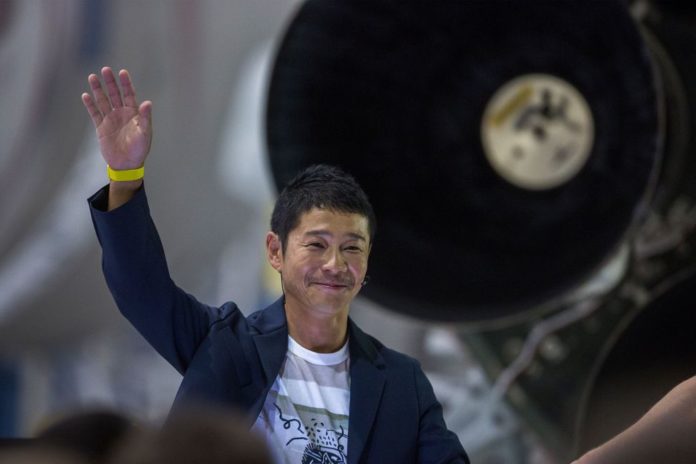 Yusaku Maezawa will be launched on the Moon in 2023 with SpaceX’s Starship rocket. Maezawa and his friends will return to Earth after being in orbit for a while.

Japanese billionaire Yusaku Maezawa, the first person SpaceX would send to the Moon, began looking for a girlfriend to accompany him on the Moon voyage. Today, Maezawa made some statements on the subject, announced that he wants to experience this special journey ‘with a special woman’.

Maezawa will receive applications from single women over the age of 20 by January 17th. Candidates should be cheerful and high-energy, enthusiastic about going into space and ‘wanting to bring peace to the world’. Then one of these candidates will be selected lucky. In addition, this interesting matchmaker event will be broadcast live. It can be said that the Japanese billionaire has launched a very interesting campaign.

Yusaku Maezawa made some statements on the subject, “There is only one thing I can think of as I begin to embrace me: the feeling of loneliness and emptiness: To be able to continue to love a woman. I am looking for a life partner. used

Who is Yusaku Maezawa?
Yusaku Maezawa, a famous entrepreneur at the age of 44, owns the Japanese clothing brand Zozotown. According to Forbes data, Maezawa has a fortune of $ 3 billion. Maezawa, who is also an art collector, bought Jean-Michel Basquiat’s painting in 1982 by paying 110 million dollars in 2017 and became the agenda of the whole world.

That’s why Yusaku Maezawa wants to go to the Moon. Maezawa, who started a project called #dearMoon, said in 2023 that he wanted to take 8 different artists with him to the Moon. Maezawa says these names may be artists, musicians, architects, sculptors, directors or fashion designers.

Yusaku Maezawa, Maezawa’s girlfriend and other artist names; SpaceX’s new generation of massive rocket Starship will be launched to the Moon. Maezawa said Starship bought all the seats for the 2023 flight. In other words, the artists will not pay any fees for the journey. Maezawa wants these artists to create something when they return from the Moon and inspire all of humanity.

Starship will carry humanity to the Moon and Mars
The Starship, which consists of two parts, a propellant rocket and a “spaceship”, has a total length of 106 meters and a width of 9 meters. The giant colony carrier, which takes the power it needs from the company’s new generation rocket engine Raptor, will have the capacity to carry 100 people, according to Musk. The spacecraft is expected to carry dozens of people to Mars and the Moon at once.

The fee Yusaku Maezawa paid to SpaceX for the 2023 Moon voyage was not disclosed. However, Maezawa answered the questions as “a very big money”. Elon Musk said that they have already received the payment and that this financial income will be used in the development of Starship.

Visual Like A Table Showing The Magnetic Field Of The Milky...