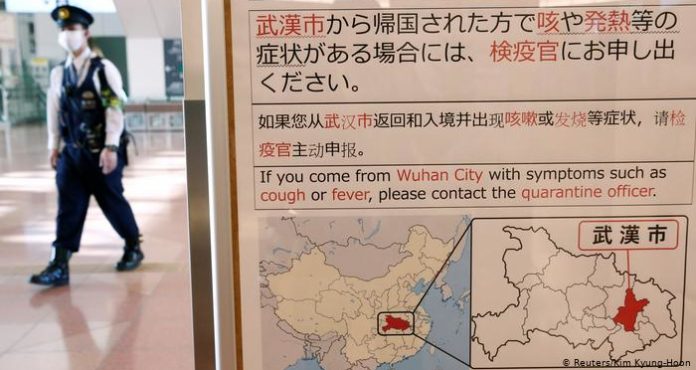 Health Minister Fahrettin Koca said that a joint meeting with a scientific delegation from Japan will be held in the coming days. Turkey, preparing to listen to the coronavirus measures from Japan, Far Asian countries have experienced the loss of 45 lives so far.

Each country is trying to take advantage of the experience of other countries in the fight against the new deadly coronavirus (COVID-19), which has spread all over the world and has killed 22,169 people after being detected in Wuhan, the People’s Republic of China. The total number of cases in Turkey in 2433, will benefit from the number of dead had reached 59 by the Ministry of Health of Japan’s experience in the fight against koronavirüsl.

Health Minister Fahrettin Koca recently met with the Ankara Ambassador of Japan. Minister Koca, after meeting with the ambassador, said in a statement to Habertürk writer Fatih Altaylı that a joint meeting will be held with a scientific delegation from Japan in the coming days.

There are lessons to be learned in Japan
According to Fatih Altaylı’s column, Fahrettin Koca said, “The Japanese experience is an interesting and must-learn experience. They made 30 thousand tests in total but they had very successful results. We want to share.” Koca stated that three medicines of Japanese origin, one of which is recommended in China, are supplied for use in the treatment of patients with severe conditions, and comments were made that the meeting with the Japanese ambassador was related to this drug.

The Japanese government announced the first case on January 16. The government announced that the first patient in the country was a man in his 30s who was recently in Wuhan. The Japanese government was initially accused of ‘loose’ measures, but after two and a half months passed, Japan now has fewer cases of coronavirus than almost all developed countries. The number of cases exceeding 20 thousand thresholds in countries such as the USA, England, Germany and France is 1307 as of March 26, and the number of casualties is 45 as of March 26.

Japan has conducted a total of 20,340 tests since the outbreak of the outbreak, according to data released on March 23. In other words, in the country with a population of 127 million, 160 tests were performed per 1 million people. According to these data, Japan, Turkey, has already done tests to half Considering the rate but not the PCR tests for the coronavirus identified in this country as a medical step, ‘epidemiological investigation’ sees it as a part of. In other words, a general picture of the spread of the epidemic is reached by analyzing the spreading behavior of the virus through the tests.

There are also those who criticize the attitude of Japan.
Japan’s strategy for testing was therefore subject to criticism from many in the country, and the Japanese government was occasionally criticized for hiding the true extent of the outbreak. According to the ‘active epidemiological investigation’ strategy implemented by Japan, when an infectious disease occurs, the epidemiological investigation is carried out to reveal a general photograph aimed at revealing the characteristic features and spread of the disease.

The Ministry of Health of Japan is testing only those who have cold-like symptoms in the country, those with fever above 37.5 degrees, and those who have had breathing problems for four days or more. Some experts think that this strategy will backfire and that Japan will face a big explosion. Considering that there are undetectable cases, experts say that there may also be outbreaks that have not yet been identified.

Winamp Skin Museum, a look at our past

Cyberpunk 2077: Missions are designed “by hand”.

Supplier says iPhone 12 will lag due to camera issues

Scarlet will benefit from the Tales of the Tales experience