Home Home Page Japan idols in K-Pop, how they succeed in the industry 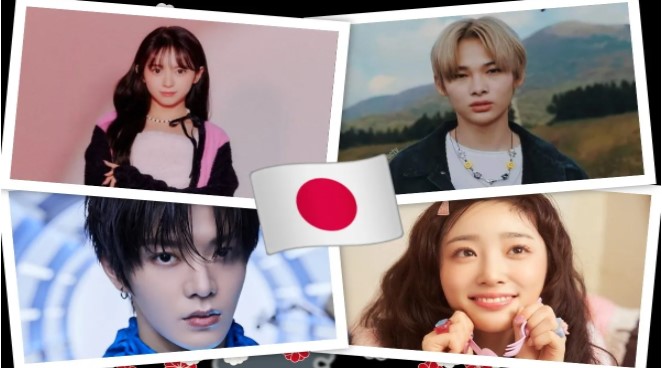 K-Pop agencies are in charge of looking for the biggest talents to debut in an idol group, auditions for these musical companies are not only held in Korea and that is why we can find artists from different countries around the world.

In the industry of this musical genre, idols from China, Thailand and the United States have stood out, for example, places in which auditions have been held or simply the employees of an agency found a boy or a girl who had the necessary skills to shine on stage.

Japan is also a country that has exported the talent of its artists to Korea and the whole world, in the country there are even groups and soloists of J-Pop or J-Rock that also cause their impact on music; But there are singers and dancers who take the opportunity to travel to South Korea and stand out with a boy band or girl group.

Which Japanese idols stand out with their talents in K-Pop? Here we have some of them who stole the heart of the world by being part of one of the favorite idol groups in the genre.

6 JAPANESE IDOLS WHO SUCCEED IN K-POP

Momo was born in Kyoto, Japan on November 9, 1996, from the age of 3 she was interested in dance and practiced this discipline next to her older sister, it is known that since 2008 she was already in Korea pursuing her dream of being an idol and soon would be a JYP Entertainment trainee to debut with TWICE.

Nishimura Riki, better known as Ni-Ki, was born in Okaya, Japan, he is a member of ENHYPEN who managed to shine in I-LAND to be part of the K-Pop group; she was only a trainee for 8 months before debuting: 0.

Kep1er is a group with talents from different countries and to represent Japan, there is Mashiro, who was born in Tokyo and was a trainee of JYP Entertainment, after her participation in Girls Planet 999, she became part of the new Mnet girl group.

Osaka, Japan saw the birth of Yuta, someone who would later shine in K-Pop as part of NCT, he was inspired by TVXQ to be an idol and started auditioning since 2011 and it was in 2013 when he was introduced as part of SM Entertainment for after debuting with Neo Culture Technology.

Hina was born in Kanagawa, Japan, she is the vocalist of LIGHTSUM and her role model has always been TWICE’s Sana, she is part of the Cube Entertainment girl group since it was announced in April 2021.

TREASURE has several Japanese idols in its ranks, one of them is Haruto who was born in Fukuoka, Japan on April 5, 2004, in 2019 he was announced as a member of the YG Entertainment boy band.

Did you already know these idols from Japan? There are more of them that we can admire in K-Pop, nationality is not an impediment to show all their talents on stage.

You can also meet some of the most popular Chinese idols, who also show us much of their talents in K-Pop.

Ludwig claims that Witch has a lot to learn in light...