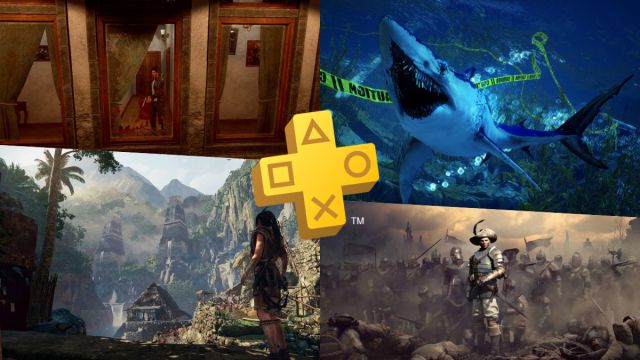 Shadow of the Tomb Raider, GreedFall, Maneater and Dawn of Fear can be downloaded if you are a subscriber of the service.

The bells have sounded, we have passed the year and a January has begun in which there will be no shortage of free PS Plus games. From the eve of Twelfth Night, players can access the titles scheduled for the next 30 days. Bugsnax, Worms Rumble, Just Cause 4 and Melbits World give way to the next video games, which are nothing more and nothing less than Shadow of the Tomb Raider, GreedFall, Maneater and Dawn of Fear, the latter released in the Spanish market under the label from PlayStation Talents. All of them are already available for download.

In Shadow of the Tomb Raider we witness the end of the new trilogy after the reboot, a new Lara Croft who has already become the tomb explorer we all knew. Since Crystal Dynamics was working on Marvel’s Avengers, it was Eidos Montreal that took over the project. Puzzles, action and exploration are combined in a game that does not dispense with stealth mechanics. GreedFall, meanwhile, embraces the RPG genre and offers us a fantastic adventure set in the seventeenth century, while Maneater (the only exclusive to PS5) allows us to become a shark to perpetrate a terrible revenge.

How to get free games with PS Plus

First of all, you must have an active PS Plus subscription, either on the monthly, quarterly or annual plan. Once that is done, you will have the opportunity to get all the free games, always bearing in mind that they will be added to the library, but that you can only run them if you keep the subscription.

Shows that Xiaomi can sell cell phones without a charger