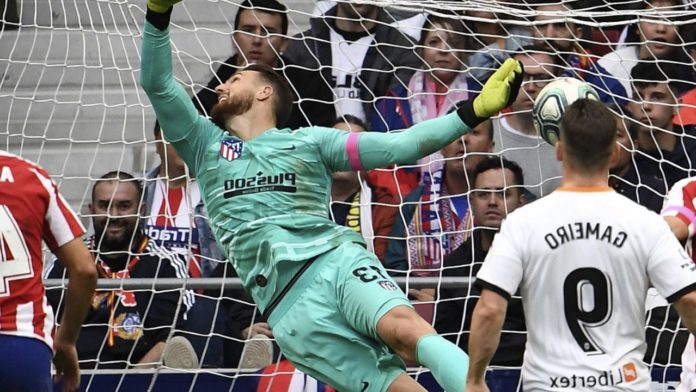 Jan Oblak has become throughout the seasons one of the pillars, but the pillar par excellence of the defense of Atlético de Madrid, one of the best in the Old Continent. The Slovenian goalkeeper has since become the guardian of the destination of the mattress box. Thanks to his interventions and miraculous stops, the rojiblanco goalkeeper has made the love of the always demanding mattress hobby.

The truth is that this same season, Oblak has returned to be the wall of the lamentations of the rivals of an Atlético that continues in the fight for the titles, among other things, for the interventions and clearances of one of the most prestigious goalkeepers of Europe. In this beginning of the season, Oblak has left the goal 7 times to zero, only receiving 5 goals in the League and 2 in the Champions League (both goals conceded against the Champions League).

In the 10 League matches that have been played, the Slovenia international has made 21 stops to prevent goals from the different rivals that Atlético has faced. That means a percentage of stops of 2.1%, a rate that moves away from the first, Aitor Fernández, which has a 4%, but reflects that the few shots he receives are clearing them without any problem.

Last season, he had better data yet. In the 37 league games played by the Atlético starting goalkeeper for several campaigns, he was the sixth player with the most stops made throughout LaLiga Santander, with 105, receiving only 27 goals, making him take his fourth Zamora prize, in addition consecutive, Breaking records in red and white history.

The percentage of success in their stops was the highest, touching 80% effectiveness (79’39), but with a mole. Of the 5 penalties that were thrown at him, Oblak all fit in, this being one of the few moles he has.

4 Zamoras obtained consecutively adorn the windows of a doorman who did not start in the best way in the capital of Spain. In 2014-15 he played 23 matches between all competitions. A bad performance against Olympiacos, in which he conceded 2 goals seemed to condemn the former Benfica. That however did not discourage the young goalkeeper, who continued working to reverse the first criticisms of his work.

In that same campaign, he stopped 21 shots, with a percentage close to 80% (77’78) and that began to show glimpses of where he could go with constancy and effort.

Tiger Woods and Rory McIlroy have Reportedly made an important Offer