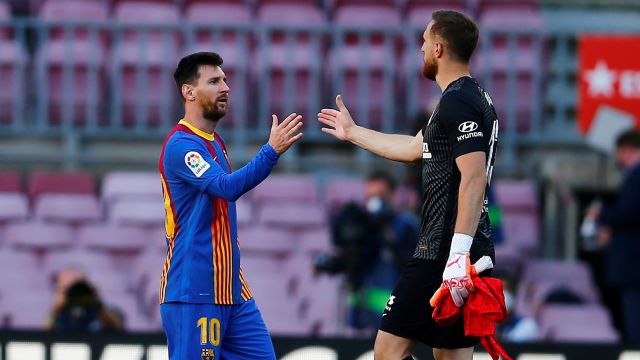 Jan Oblak selects players from yesterday and today, such as Roberto Carlos, Maldini, Messi and Mbappé in his historic eleven. Jan Oblak, the Atlético de Madrid goalkeeper, has chosen his historic eleven for a promotion in the FIFA 21 video game. The goalkeeper selects such legendary faces as Roberto Carlos, Maradona, Maldini and Cruyff, among others, along with footballers who remain active. Messi and Mbappé are the most prominent of today; the Slovakian leaves Cristiano Ronaldo out.

The low-to-the-stick guardian chosen by Jan Oblak is none other than Peter Schmeichel, one of the great names in Danish football history. Despite choosing names that sound strong in modern football, he also does not want to forget to wink at his club. Savic sneaks into the eleven as a teammate in the defense of Maldini.

The incorporation of Kanté is also surprising due to the significance of including a Chelsea player this season. The mattresses fell in the round of 16 of the UEFA Champions League against the team led by Thomas Tuchel, who a few months later won with the orejona.

Next we leave you with the complete list along with the position in which they play in FIFA 21, their statistics and the type of Ultimate Team card.