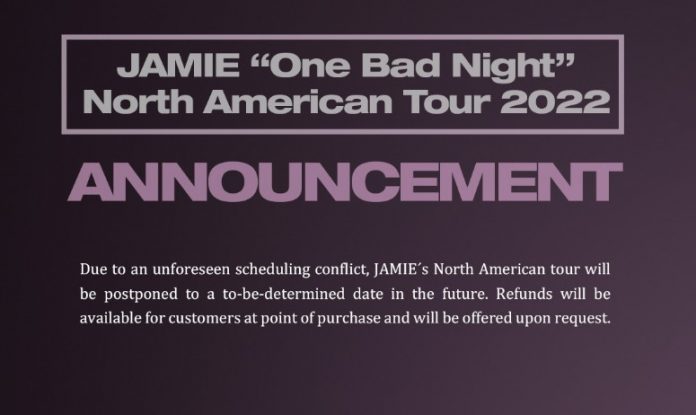 Jamie’s 2022 North American tour, “One Bad Night,” which was scheduled to begin next week, has been postponed.

On October 4, local time, MODO LIVE officially announced: “Due to an unforeseen scheduling conflict, Jamie’s North American tour will be postponed to a date to be determined in the future. Refunds will be available to customers at the time of purchase and will be offered upon request.”

Jamie’s “One Bad Night” tour was originally scheduled to begin in Los Angeles on October 10, and this month she will visit a total of seven different cities in the United States and Canada.