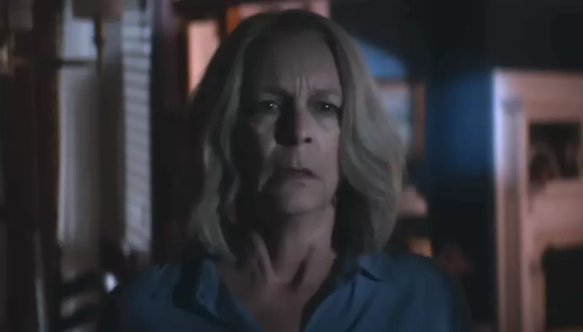 A few years ago, when David Gordon Green revived the dormant “Halloween” franchise with the original “Last Girl” Jamie Lee Curtis in the title role, it seemed that the horror gods were trying to fix a few mistakes that happened inside this franchise. I mean, John Carpenter’s original Halloween is considered one of the best horror movies ever made. But unsuccessful sequels undermined the reputation of the Halloween series (which led to the fact that some of our writers completely lost interest in the series), and it’s time for Laurie Strode, played by Curtis, to step in and fix everything. Naturally, Curtis and Carpenter are key figures in the revival of the Halloween series, but did you also know that Jake Gyllenhaal played a significant role?

As it turned out, Jake Gyllenhaal was the one who first introduced Jamie Lee Curtis to David Gordon Green. The director had already established himself through well-received dramas (“All Real Girls”) and comedies (“Your Highness”), but he had a Halloween movie concept he wanted to share. And, as Jamie Lee Curtis explains to SFX magazine (via GamesRadar), it was Gyllenhall who contributed to the conversation. She said:

I was sitting exactly where I’m sitting now when my phone rang, and it was Jake Gyllenhaal. I picked up the phone and he said, “Hi, Jame, my friend David Gordon Green,” with whom he had just worked on the movie “Stronger,” “would like to talk to you about the Halloween movie.” It was in 2017, in the summer. Five years ago, the last thing I thought was that I would be doing a Halloween movie.

Sometimes that’s enough to restart a foundational franchise and look at a classic story through a new lens. In the original Halloween, Laurie Strode (Jamie Lee Curtis) was a teenage babysitter who came face to face with pure evil in the image of Michael Myers. Curtis appeared in various Halloween movies after the fact, but none of them were close to the original. We went ahead and rated all the Halloween movies, just to see where they ended up. Some of them have included Curtis in her role again. But when David Gordon Green took over the series, they said they were making direct sequels ONLY to the original. So, this trilogy, ending with the movie “Halloween Ends,” puts an end to the story that Jamie Lee Curtis swears she never expected to return to. As she continues to tell SFX:

And so I, [laughs], completed three of them with a fantastic creative group of people. This not only satisfied me personally and creatively, but also opened my creative path to a completely different world. Now I have a creative life thanks to a Halloween movie and success. Now I have a partnership with Jason Bloom at Blumhouse, I have a production company, I wrote a script for a horror movie that I will direct, I produce a TV series, I buy books. All this was the last thing I thought of doing five years ago. So it’s silly to say never.

Apparently, the upcoming sequel “The End of Halloween” will end Laurie’s ongoing battle with Michael, the demon that has haunted her almost all her life. Curtis has already teased a major change for Laurie heading into this movie, which could be explained by the time jump the story makes compared to its predecessor, “Halloween Kills.”

At least you’ll have a choice of how you want to use this “last” chapter in the Halloween saga, as David Gordon Green’s “Halloween Ends” will be in theaters and on the Peacock streaming service starting October 14th.