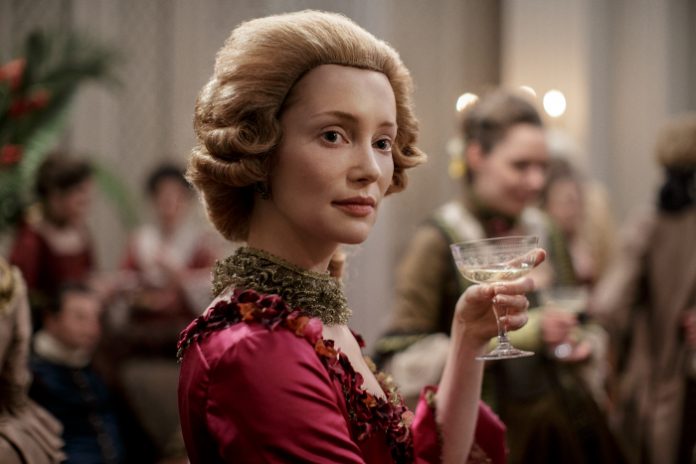 As fans await the new season, many have begun to speculate on how the series will end, which is when they will finally learn how and why Jamie’s (Sam Heughan) ghost was staring at Claire (Caitriona Balfe) in the first episode.

It’s a mystery that has puzzled fans for years, as the author of the Outlander novels, Diana Gabaldon, has refused to explain the ghost of Jamie (Sam Heughan).

So far he has confirmed that the ghost is Jamie and that he is 25 years old, but insisted that fans will have to wait until the end of the series to get a full explanation of why he is seeing Claire (Caitriona Balfe) in the window. from his hotel in the 1940s.

As a result, Outlander fans have been trying to uncover all the clues that may hint at the reason behind Jamie’s ghost. So various theories have circulated online suggesting that there is a time cycle or that Jamie is connected to Claire from a previous life.

However, the latest theory suggests that Jamie has supernatural powers, which means that his ghost can travel through time. For one thing, fans believe that there is a clue on Drums of Autumn that confirms that Jamie has such powers and that Geillis Duncan (Lotte Verbeek) knew of them.

To support their theory, fans of the Starz series explained that there is evidence of supernatural powers in the Fraser family in Brian, Jenny, Jamie, Brianna and Jemmy. Other fans were quick to agree with the idea, with one replying:

See Also
Why did Claire Fraser want to be with Frank?

“There is definitely something strange in that family,” expressed the fan.

“I think we will see the biggest impact with Jem and Mandy because they can travel and have this strange supernatural ability through Jamie,” he added.

Why Katherine Heigl’s Planned Return Did Not Proceed