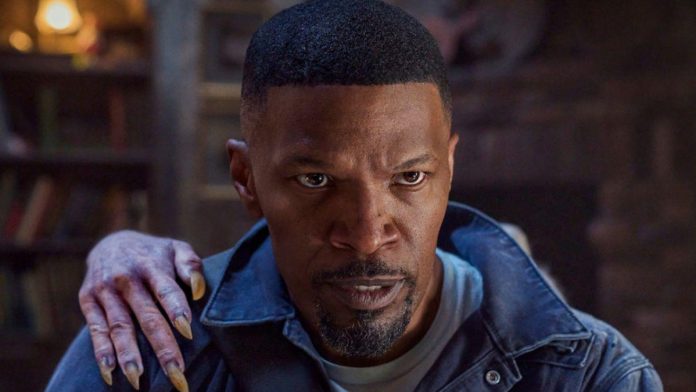 Did you guys know that Jamie Foxx and Jeremy Piven made a movie almost six years ago that involved the NBA, which starred many famous colleagues (including Robert Downey Jr., Eva Longoria, Gerard Butler and Benicio Del Toro) and probably pushes the boundaries of what is considered acceptable in the world comedy? You might not even know about All-Star Weekend unless you follow Fox or any of the people who were supposed to appear in the movie. Filmed back in 2016, the comedy was supposed to be released around the time of the 2018 NBA All-Star Game, and then again next season. Only it remains delayed, and now Fox is giving us some insight into why.

Being an avid NBA fan, I was curious to learn about Jamie Foxx’s All-Star Weekend, in which two truck driver best friends (Fox and Jeremy Piven) win tickets to the famous title event, only to participate in various hijinx en route to the game. However, during a recent interview on behalf of his new Netflix comedy “Day Shift,” we asked Fox when we would be able to see any footage from All-Star Weekend and whether the film would ever see the light of day. And the superstar of “Kid on the drive” told CinemaBlend:

Dude, it’s been tough when it comes to comedy, man. We are trying to uncover those sensitive corners where people start laughing again. And that’s why I think that even in this movie, which is great, the only thing we constantly heard at screenings was how much people laughed. So hopefully we’ll make them laugh and launch them at All-Star Weekend, because that’s definitely what we were aiming for.

How does Jamie Foxx try to “reveal” the sensitive corners he mentioned above? We don’t know for sure because we haven’t seen the All-Star Weekend, and can only go back to the report or previous comments that Fox made when he made his directorial debut in the film. For the most part, it seems that Jamie Foxx has returned to his days in “Living Color” when he played broad characters in All-Star Weekend. For example, when Fox appeared on YouTube in a makeup chair to play Cleveland A. Smith, a parody of First Take host Stephen A. Smith, who was supposed to be in the movie:

But when he appeared as a guest on “The Joe Rogan Experience” in 2017, Jamie Foxx revealed that he convinced Robert Downey Jr. to play a Mexican character. In his explanation, he referred to Downey with black makeup in “Thunder of the Tropics,” a role that earned him an Academy Award nomination. In the podcast , Fox explained:

We all play different characters. I’m playing a racist white cop. I’ll show it to you. I’ll take the thing and show you. Robert Downey Jr. plays a Mexican. I called Robert and said, “Listen, I need you to play a Mexican.” He said, “Dude, here’s the contract. Sure. Damn it. Sure. Why not? Damn it. Sure. Sure. Mexican. Whatever.’

Will the streaming service take a chance on the All-Star Weekend, which also features actors playing fictional versions of LeBron James and Steph Curry? Perhaps Jamie Foxx, by raising this topic in conversation, will revive interest in what sounds like a crazy pastime in the cinema.