Home Entertainment James Milner Joins Premier League 600 Club and Sees Himself In a... 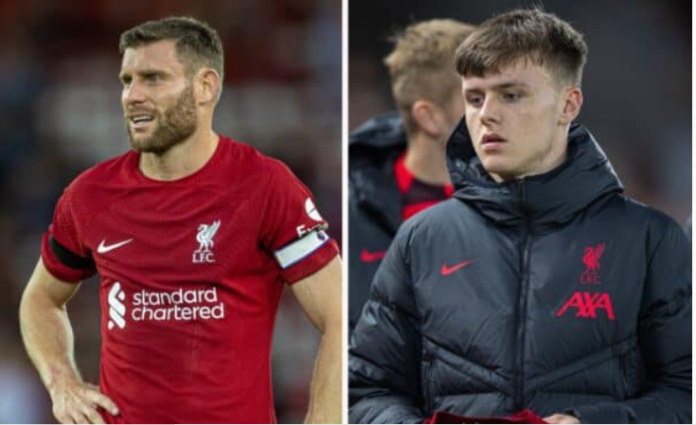 James Milner became only the fourth player to play 600 Premier League games on Saturday, paying tribute to Ben Doak, who absorbed it.

Milner returned to the team after the break due to a head injury and replaced Harvey Elliott midway through the second half when Liverpool beat Southampton 3-1.

At the same time, the 36-year-old celebrated his 600th appearance in the top English division, joining Gareth Barry (653), Ryan Giggs (632) and Frank Lampard (609) in an exclusive club.

Aaron Lennon (416), Jordan Henderson (408) and Ashley Young (403) are the only other active players in the top 40, and Milner’s achievement is outstanding.

This is all the more important given his success at a time when he won the Premier League three times in a 20-year career that began at Leeds in 2002.

Reflecting on this event in a post-match interview with BBC Sport, Milner turned to 17-year-old striker Ben Doke, who for the first time in the Premier League was on the bench of Liverpool, to compare him with himself in his youth.

“That’s a big number, isn’t it? It’s unbelievable,” he said.

“It was a long time ago.

“You see someone like Ben Doke coming in the other day at the same age and doing well. I hope they will have the same long career as me.”

Milner added: “It’s an incredible place for our young guys. You can learn a lot.

“You can’t go wrong watching these guys here and learning from them.”

It is typical for the Liverpool number seven to look at others when he is asked about such an important moment for him, because he has always been a team player.

This clearly played a role in his longevity, when he was ready to stand in positions that he would prefer not to do, for example, in the campaign as a left-back under the leadership of Jurgen Klopp, and help his team finish off victories as a late substitute.

The suggestion that Doak could approach Milner’s record creates unnecessary pressure, but as the vice-captain explained, they are in an ideal club to build for the future.

Milner will almost certainly surpass Lampard in terms of the number of matches before the end of the season, as his expiring contract is not yet clear.

Why does the Empire call for female Imperial Officers and Sir