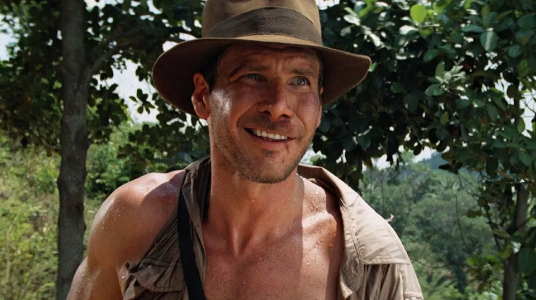 “Indiana Jones 5” is one of the most anticipated films of 2023, so it’s not surprising that fans are speculating about what will happen to the franchise. Although some details of “Indiana Jones 5” have been confirmed, such as the return of Harrison Ford as the titular adventurer and Phoebe Waller-Bridger, who played the goddaughter of Indiana Jones, most of the plot is kept secret. This led to several wild fan theories popping up over the social weekend, one of which director James Mangold tweeted to crush ahead of the film’s release.

One fan on Twitter said that their internal source had seen a test screening of the new movie. This “source” claimed that Kathleen Kennedy, the head of Lucasfilm, replaced Indiana Jones with a woman at the end of “Indiana Jones 5”, and that test viewers were very unhappy with this. This is not a new rumor, as there has been talk that Waller Bridge will replace Ford for some time. Director Mangold dispelled these rumors and denied that this was the case. He also stated that there were no screenings of the film, and those who say so cannot be trusted. You can check out the full tweet below:

No but you're wrong, BasementDweller46 said that KK personally replaces Indiana Jones with a woman in the movie and test screening audiences HATE IT https://t.co/3bQ7SqEbRV

Obviously, fans will just have to wait and see what happens when the movie comes out next summer. No one, except those who are directly involved in the project, has seen the latest Indiana Jones movie, and one should not believe anyone who says that he is online. There are some smart directors and creatives, and the story at the center will probably serve the interests of fans, so those who are worried about replacing Indie can calm their fears.

Any rumors about Harrison Ford’s replacement are constantly being refuted, so there is most likely no replacement for the veteran actor. Earlier there were rumors that the role went to Chris Pratt, which was refuted again and again. Ford also stated that when he dies, the role will die with him, so that should solve the problem.

This isn’t the first time Mangold has taken to Twitter to clarify the Indiana Jones situation. He had a friendly chat with fans about John Williams’ new soundtrack while finishing his latest Indy project. The director also clapped his hands to the haters, who seemed to have formed an opinion about Indiana Jones 5 even before watching the film. I hope these people will stay away when they finally see the trailer of the long-awaited movie. Early reactions to the movie “Indiana Jones 5” shown at D23 are impressive, so fans of the franchise have something to look forward to.

“Indiana Jones 5” will be released in theaters nationwide on June 30, 2023, so we won’t have to wait long to see everyone’s favorite archaeologist in action again. In the meantime, you can stream the previous four parts with a Paramount+ subscription. For more information about other highly anticipated films that will be released in theaters next year, be sure to check out CinemaBlend’s 2023 release schedule.