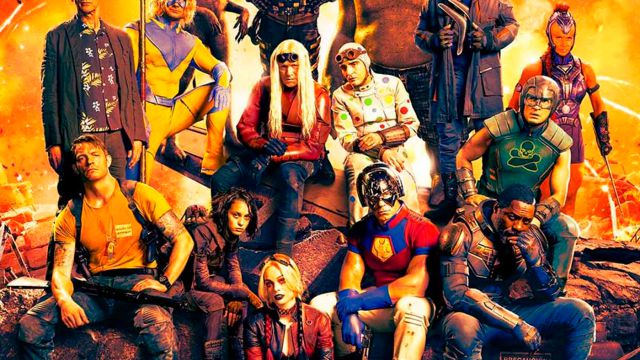 The next DC movie already has a synopsis and we finally know some of its hitherto unpublished details; released August 6 in theaters and HBO Max.

Warner Bros. Pictures and DC have shared the official synopsis of The Suicide Squad (The Suicide Squad in Spain), the new film by director James Gunn as part of the DC Extended Universe and which is scheduled to premiere on August 6 both in cinemas like HBO Max. Thus, and thanks to this extensive and generous description, we already know more details of a film of which little was known so far, beyond a trailer making of shared in the last DC Fandome.

Official Synopsis of The Suicide Squad

Thanks to this description, we know that the suicide team will travel to the island of Corto Maltés, a place infested with enemies, with such striking characters as Bloodspot, Captain Boomerang, King Shark, Peacemaker or Harley Quinn, among others. Let’s see what else the official synopsis of The Suicide Squad tells us: “Welcome to Hell, also known as Belle Reve, the prison with the highest death rate in the United States, where the worst supervillains are found and where they would do anything to get out, even join the super-secret and super-dark Task Force X ”.

“Today’s mission? Assemble a collection of convicts, including Bloodsport, Peacemaker, Captain Boomerang, Ratcatcher 2, Savant, King Shark, Blackguard, Javelin, and everyone’s favorite psycho, Harley Quinn. Then arm them tightly and drop them (literally) on the enemy-infested island of Corto Maltese. Traversing a jungle packed with adversaries and guerrilla forces at every turn, the Squad is on a search and destroy mission with only Colonel Rick Flag on the ground to make them behave … and Amanda Waller’s government technicians in their ears, tracking them all. their movements ”.

And as always, one misstep and they’re dead (whether it’s at the hands of their opponents, a teammate, or Waller herself). If someone is going to bet, a good investment would be against them, of all of them “, concludes his synopsis. Let’s remember that The Suicide Squad is written and directed by James Gunn and has a great cast of actors and actresses such as Margot Robbie, Idris Elba, John Cena, Joel Kinnaman, Jai Courtney, Peter Capaldi, David Dastmalchian, Daniela Melchior, Michael Rooker, Alice Braga, Pete Davidson, Joaquín Cosio, Juan Diego Botto, Storm Reid, Nathan Fillion, Steve Agee, Sean Gunn, Mayling Ng, Flula Borg, Jennifer Holland and Tinashe Kajese, with Sylvester Stallone and Viola Davis.

Koei Tecmo will announce the game to us.