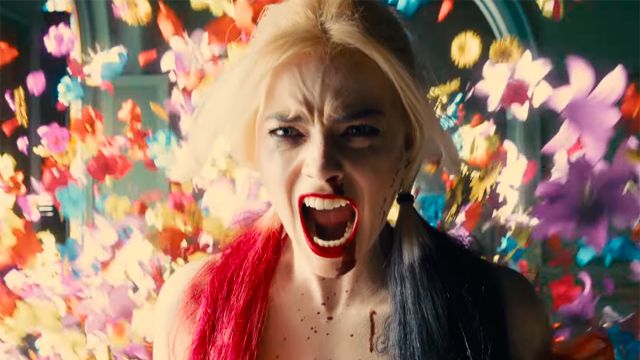 The Suicide Squad remake director shares a new trailer just days after the first trailer; action and madness made in Gunn.

Following the recent release of the first official trailer for James Gunn’s Suicide Squad as part of Warner Bros. and DC’s DC Universe, this weekend a brand-new, more than two-minute long trailer was released by surprise with a good handful of unreleased scenes. This has been shared by the director of the film, James Gunn, after seeing himself first in some screenings of Godzilla vs Kong in theaters. And again, the trailer couldn’t be more explosive.

Thus, this new look at The Suicide Squad by James Gunn offers numerous unpublished scenes of its main protagonists, as well as others already seen in the previous trailer. So much so, that we see new scenes of Weasel (with motion captures by James Gunn himself), The Detachable Kid or SolSoria, in addition to other sequences with characters such as Peacemaker, King Shark, Polka-Dot Man, Rick Flag, Ratcatcher II and Harley Quinn.

The Suicide Squad opens in theaters and HBO Max (in the United States) on August 6; Here’s his official synopsis: “From writer-director James Gunn comes Warner Bros. Pictures superhero action adventure The Suicide Squad, featuring a collection of the most degenerate criminals in the DC line. Welcome to Hell, also known as Belle Reve, the prison with the highest death rate in the United States, where the worst supervillains are found and where they would do anything to get out, even join the super-secret and super-dark Task Force X. Today’s mission? Assemble a collection of convicts, including Bloodsport, Peacemaker, Captain Boomerang, Ratcatcher 2, Savant, King Shark, Blackguard, Javelin, and everyone’s favorite psycho, Harley Quinn. ”

“Then arm them tightly and drop them (literally) on the enemy-infested island of Corto Maltese. Traversing a jungle packed with adversaries and guerrilla forces at every turn, the Squad is on a search and destroy mission with only Colonel Rick Flag on the ground to make them behave … and Amanda Waller’s government technicians in their ears, tracking them all. their movements. And as always, one misstep and they’re dead (whether at the hands of their opponents, a teammate, or Waller herself). If someone is going to bet, a good investment would be against them, of all of them ”.