Home Entertainment James Gunn Spoke to Marvel and DC About a Crossover Between Their... 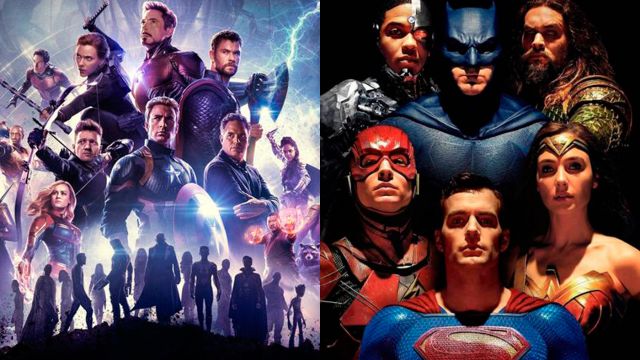 James Gunn: The director of The Suicide Squad and Guardians of the Galaxy assures that in his day he spoke with people in charge of Marvel Studios and Warner for a crossover.James Gunn, the well-known director of films such as The Suicide Squad or Guardians of the Galaxy by DC and Marvel, respectively, has assured in a conversation with fans on Twitter (via Screen Rant) that he himself spoke with officials of both companies about a possible crossover between franchises as a movie mega-event, something that he himself describes as “unlikely” but “not impossible”.

The crossover dreamed of by fans

And there are many superhero fans who would like to enjoy a crossover of such magnitude, bringing together the two most powerful brands or franchises of the superhero genre to make a crossing between universes with their most iconic characters a reality, read Batman, Superman, Wonder Woman, Flash or Aquaman on the one hand and Spider-Man, Iron Man, Captain America, Hulk or Thor on the other, to name just a few names from a film event that would surely break all box office records.

“I have casually discussed it with the heads of Marvel and DC. I would love for it to happen. I don’t think it’s likely, but I don’t think it’s impossible either. That said, constantly watching so many crossovers is less charming for me than a strong story, “says James Gunn in a conversation on Twitter with fans about who would win in a confrontation between the Suicide Squad and the Guardians of the Galaxy, of which The question arose if there will ever be a crossover between the two companies.

Still, in another response, James Gunn assures that he is not a fan of crossovers with many characters, cameos and references and that he prefers to tell more closed stories: “Sometimes it is disconcerting that many people seem more interested in crossovers, cameos, references and post-credits scenes than in the story and characters of a particular movie. When I make a movie, I spend 99.9% of my time thinking about the story and the characters and 0.1% about the rest, ”concludes the director.