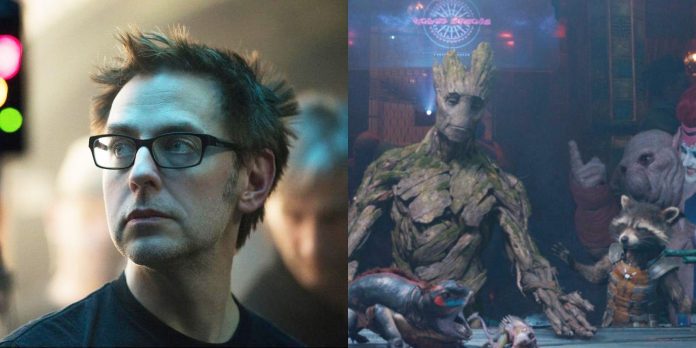 With the news that “Guardians of the Galaxy. 3 finished production, director James Gunn took to social media to share additional “Guardians” content that fans didn’t see in the first film.

In the first movie “Guardians of the Galaxy”, the main characters go to Znayka to deliver the Power Stone to the Collector. While waiting for the Collector, Rocket Raccoon and Groot drink and gamble with the locals, but one moment from this scene did not make it into the final version.

RELATED: Guardians of the Galaxy: 5 roles that Maria Bakalova could play. 3

In a recent tweet, Gunn shared a still from a deleted scene from the very first Guardians of the Galaxy movie. Now the fans are begging to release the full scene. “The Last Supper of Groot. A screenshot from the original Guardians, which I cut from the final film,” Gunn tweeted next to the screenshot. In the frame Groot recreates the famous “Last Supper” from the Bible. Rocket, Drax, and several other galactic-themed characters surround him as he watches what appears to be a wrestling match between two creatures. Undoubtedly, Gunn’s tweet gained momentum as fans reacted to this new scene for the first time.

Fans filled in the answers with questions, reactions and requests for the publication of the scene. However, when one fan asked why this scene wasn’t in the original, Gunn replied: “It was too spectacular and stopped the course of history. It was the right choice.” Although in another response, Gunn explained that “most of the scene is still in the movie.” Based on the location of the background in the photo, fans will probably start piecing together when this scene was supposed to happen and what was left of it after editing.

Back in May, Gunn announced that the production of Guardians of the Galaxy. 3, by sharing a photo of the tablet that was used for the final shot. “After more than 100 days of filming and more than 3,000 shots, this is the plan for the final shot of #GotGVol3 presented to me by the film crew. It was a simple shot of a sitting Rocket, 1st with @seangunn, and then nothing else. , & did my best not to burst into tears on the spot,” Gunn tweeted.

The director of Guardians of the Galaxy shared that, despite the fact that he will continue to work and be with the crew until the release of the film in May next year, the last frame on the set was a reminder of how temporary life can be. “Again, I will still be working with them for the next year before the release, but shooting the last frame was a reminder of the warm impermanence of life and love and how this impermanence makes them so precious, so valuable and important. a good reason to be grateful for what I have right now.”

J.K. Rowling explained why she did not participate in the special...