Home Entertainment James Gunn has confirmed when the special holiday edition of Guardians of... 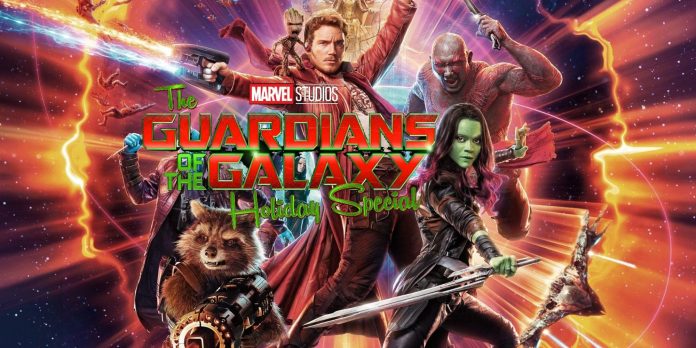 While Marvel Studios is beginning to clear up the landscape for the next few phases of the MCU, the ever-chatty James Gunn has revealed that the upcoming holiday release of Guardians of the Galaxy should actually be the epilogue for phase four before wrapping it up. the film trilogy “Guardians” is next year.

During the Marvel Studios panel at Comic-Con in San Diego, it was revealed that the current fourth phase will end on November 11 with the release of Black Panther: Wakanda Forever, which will be released shortly before the Guardians’ planned holiday special, which is due to be released on Disney. Plus in December. Despite Guardians of the Galaxy Vol. 3 appearing at Comic-Con with an unfinished trailer, it may help bridge the gap between the Guardians’ last appearance in “Thor: Love and Thunder” and their last film.

This is due to the fact that, among other things, in a typical manner for Gunn, the writer-director took to Twitter to answer some of the most pressing questions from fans about the festive release of Guardians of the Galaxy, including full confirmation that his story will be canonical in a large context. from the MCU. In this sense, Gunn’s initial tweet was an answer to another fan’s question about where the holiday issue stood if it was right in the middle of the sequel “Black Panther” and “Ant-Man and the Wasp: Quantum Mania.”

However, since Gunn is always happy to share his thoughts with people on Twitter, he also admitted that he didn’t even know that “Guardians of the Galaxy. 3 was part of the fifth phase, like all the others, which means that this information did not play a role in his creative process when writing the script. Among the topics that may be touched upon in the special issue are where the Guardians went after saying goodbye to Thor and what they were doing.

Leaked footage of the movie “Guardians of the Galaxy. Trailer 3 contains several images of the new MCU villain, Adam Warlock, as well as the return of Gamora in a strange encounter with Peter Quill, although it may be better not to look for him, since Gunn has stated that work on visual effects is far from complete. Another interesting topic ahead of the Guardians holiday special is what kind of growth spurt Groot experiences when he was still a teenager in Love and Thunder, whereas Guardians of the Galaxy Vol. 3 probably has him in adult form.

The festive release of Guardians of the Galaxy is scheduled for December 2023.

How to Get Locked Treasure Chests in Monster Hunter Rise: Sunbreak

Oliver Queen returned from the Dead in the Arrowverse Canon