Home Entertainment James Gunn Explains Why Suicide Squad is R and Guardians of the... 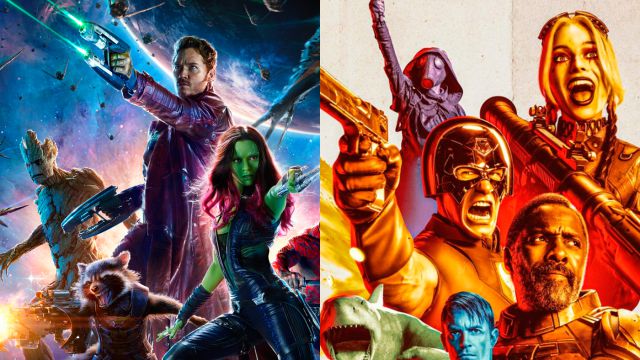 James Gunn: The director justifies the age ratings of his latest movies for DC and Marvel and why one is for adults and the others for the whole family.James Gunn, the director who has just released The Suicide Squad in theaters for Warner Bros. and DC and who will soon return to Guardians of the Galaxy with his third part for Marvel Studios after directing the first two installments, has justified the age ratings of both franchises, the DC for adults only or R and the Marvel for the whole family or PG-13. This is how the Collider medium collects it through an extensive interview with the filmmaker.

Thus, James Gunn admits that he would never direct an R-rated Guardians of the Galaxy movie; no longer because Disney would most likely rule it out immediately, but because the director believes that a more adult or violent tone would clash with the concept of a space fairy tale starring a group of misfit aliens.

“I would never do an adult version of Guardians of the Galaxy. It just wouldn’t be what that series is. It is for families, and older people love it. It is more of a fairy tale. And I think it is completely, that’s what it is. Suicide Squad is a very different thing than that, and the stakes are different. All that is different ”, assures the filmmaker.

Something totally opposite to the concept of DC’s Suicide Squad, some comics that are already much more explicit in their content and opt for a much more adult tone and humor. So much so, that Gunn claims he refused to direct a PG-13 rated adaptation of The Suicide Squad, something Warner Bros. put on the table at the beginning of the project.

“‘Can you make it PG-13?’ I said no. He said, ‘You can make it and take it with other people, and they can direct it, and you can make it PG-13. But if I’m going to direct it, I want it to be R ‘. They said, ‘Okay, that’s worth it to us.’ So they behaved very well ”, concludes the director about his talks with the Warner Bros. producers.