Home Entertainment James Gunn explains why “Guardians of the Galaxy. 3 Was so hard,... 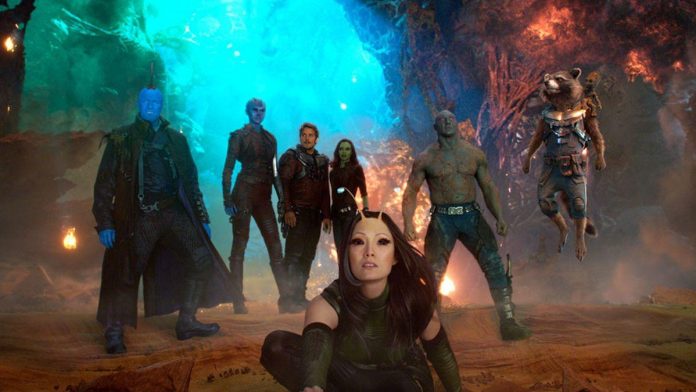 It’s no secret that the creation of “Guardians of the Galaxy. 3 was not an easy task. James Gunn spoke very loudly about how difficult this process was, but also showed all the love and joy that was put into this film when he got together.

The process of creating GOTG Vol. 3 did not start so rosy when Marvel (temporarily) fired James Gunn due to disagreements on Twitter. The cast teamed up by releasing a statement to Marvel standing by Gunn before he eventually returned to the MCU fold. In addition to the difficult start, Gunn openly talked about how personal this story is for him, especially when it comes to the character Rocket. When the film ended, Gunn tweeted a picture of the cast along with a few words about how much it meant to him, despite it being “very difficult” to complete.

The Holiday Special was pure joy. Volume 3 was very complex for a billion reasons, starting with its size and complexity. This may be my favorite movie, but it probably wasn’t my favorite shooting experience, except for the love I feel for the whole team. July 29, 2022

While James Gunn doesn’t extrapolate why filming was so much more difficult than the two previous films with Star Lord and Company, given what we’ve seen on the vast scale of Marvel sequels in the past, his comments make sense. . The good news is that he talked about his love for Rocket and said that his origins will be revealed in Vol. 3, so we have some idea of what to expect from the sequel. In fact, exclusive footage from Comic-Con in San Diego left the crowd in Hall H with tears in their eyes, and the cast incredibly excited.

It makes sense that Gunn is so emotional about closing this chapter. Before Guardians of the Galaxy, he was better known for his niche projects like Slither, but these films made him and his actors famous. Between this fateful trilogy of films and the apparent love of the cast and crew for each other, mixed with the dirty time between Vol. 2 and Volume 3, it is clear that the upcoming Marvel Phase Five movie will cause a lot of emotions.

After the filming was completed, many of the film’s stars shared photos of how much the franchise and Gunn mean to them. Karen Gillan posted a photo on Instagram with the words: “I do not know if Nebula will return after this, perhaps this is her last chapter.” She then thanked Gunn for the opportunity to play this character. Dave Batista posted a group photo with the caption “The end of the journey that changed my life.”

People like Gillan, Batista and Chris Pratt continued to star in major franchises after the first “Guardians of the Galaxy”, while the film has already made A-List stars such as Zoe Saldana, Bradley Cooper and Vin Diesel even more. Gunn has also directed some of the best DC movie projects in recent years, such as “Suicide Squad” and the HBO Max series “Peacemaker.”

The new sequel to “Cold Heart” from Disney reveals the problem...