Home Celebrity James Gunn Announces Guardians of the Galaxy Special Event That Will Not... 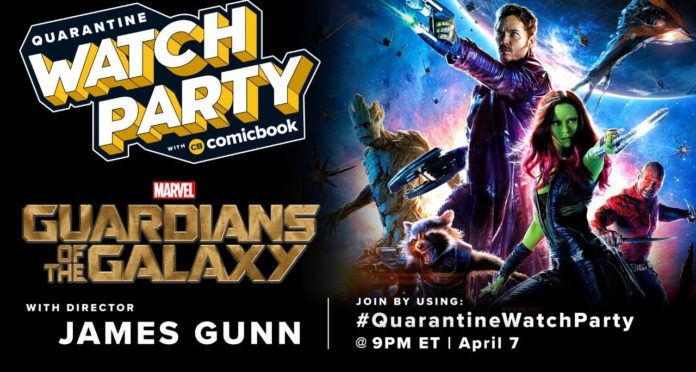 The new type of coronavirus epidemic, which affected the whole world, caused people to be trapped in many different countries. Watching a movie is one of the smartest things to do when things are limited to spend time in the house. Filmmaker and director James Gunn also announced a special event for our quarantine days.

Announcing the event from their social media accounts, James Gunn called on all his followers to watch the Guardians of the Galaxy at the same time. Turkey time of the film during the event, which will begin at 4:00 tonight watching everyone, and will share with their #quarentinewatchparty #gotg label social media accounts. Thus, many people will be able to comment on the movie while watching the movie simultaneously.

What kind of movie are the Guardians of the Galaxy?
Guardians of the Galaxy, which met the audience in 2014, is a movie inspired by the work of the same name of Marvel Comics. In this production, which can be described as a superhero science fiction, we follow the story of a group of criminals trying to stop those who want to take control of the universe.

In the director’s chair, there are names like Chris Pratt, Zoe Saldana and Dave Bautista, starring the production of James Gunn, who we also know from Slither and Super films. In addition, in the original version of the film, the voice of Groot is Vin Diesel, and the voice of the Rocket Raccoon character is Bradley Cooper. Let us also remind you that actors such as James Gunn and Karen Gillan are involved in the production.

This production, the first movie in the Guardians of the Galaxy series set in the Marvel Cinematic Universe, succeeded in winning the admiration of many people in 2014. At this point, the first movie of the series; IMDb, a platform where film and television productions are evaluated, received 8 points out of 10 as a result of more than 1 million votes.

Rick and Michonne stars reunited during the event