Former Manchester United midfielder James Garner has spoken about the disappointing circumstances that eventually led to his departure from Old Trafford in the summer.

Garner has left United and joined Frank Lampard’s Everton on a deal that could be worth up to £15 million. He signed a four-year contract with Toffees.

The United academy graduate spent last season on loan at Nottingham Forest, where he was a key player in Steve Cooper’s team’s advertising campaign.

The player revealed in an interview with The Times 90 minutes later that he knew he would not become an outstanding player under Eric ten Haag after a frank conversation with the Dutch boss.

The arrival of Christian Eriksen and Casemiro only reinforced Garner’s confidence that his time under Ten Haga’s leadership would be extremely limited.

Garmer told The Times: “At the moment it’s very disappointing. It was a club where I trained five times a week for many years and the years in which I made my debut.”

“I just think it all made sense. I had two good seasons on loan, and in the summer I returned to United.

He added: “I know from myself that I wouldn’t have played if I had stayed. I knew it was the perfect time now, at 21, to move on and try to claim my rights somewhere else and hopefully find the home I have now at Everton.”

The 21-year-old said that his motivation not just to be a body or an extra player in training, which Ten Hag may have hinted at in their conversation, was enough to encourage him to agree to the transition.

The Englishman finished by repeating his desire to become a mainstay in the Premier League’s top club.

Garner has so far failed to break into Lampard’s starting line-up.

He was mostly used off the bench, but he certainly has the ability to get his manager to rethink his role in the team. 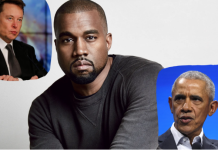 Explanation of the ending of season 3 of Orville (in detail)

Interview with the actors: the movie “Bob’s Burgers”