Home television James Corden Apologizes after Being Criticized on Instagram for Bad Behavior in... 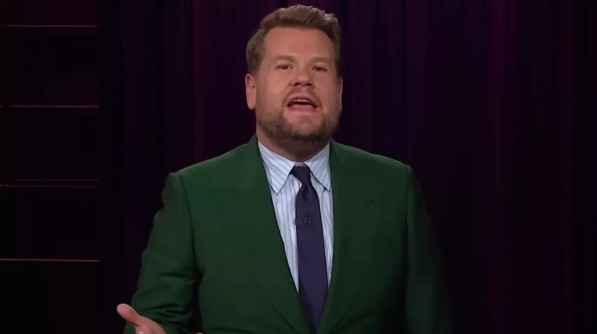 The restaurant owner has previously discussed other alleged situations involving the star.

James Corden has faced a wave of backlash this week. Restaurateur Keith McNally accused the Late Late Show host on Instagram of allegedly “insulting” waiters during multiple visits to his catering establishment. Thus, the business owner eventually decided to ban Corden “86” from visiting a diner owned by him in New York. However, McNally has now revealed that Corden reached out to apologize.

Keith McNally banned James Corden from visiting his Balthazar restaurant on Monday and announced it on social media. However, less than 24 hours after McNally made his statement, he returned to Instagram to say that Corden had contacted him and “offered a big apology.” McNally then outlined his apologies and revealed whether he and Corden were on good terms or are now on good terms.:

James Corden just called me and apologized. Having screwed up more than most people, I firmly believe in second chances. So if James Corden lets me host his Late Late Show for 9 months, I will immediately lift his ban on Balthazar. No, of course not. But… anyone who is generous enough to apologize to a slacker like me (and my employees) does not deserve to be banned anywhere. Especially Balthazar. So go back to 5 & Dime, Jimmy Corden, Jimmy Corden. Everything is forgiven.

This is a major change from the sentiments Keith McNally shared in his initial Instagram post about the talk show host. In this post, he started by calling the star a “gifted comedian,” and then called him a “tiny cretin.” The restaurant owner also went so far as to say that the Cats alum is “the most offensive customer to my Balthazar servers since the restaurant opened 25 years ago.” In addition, McNally described in detail two alleged visits of the actor to his institution. The first, which he said happened in June, allegedly saw the CBS host being “extremely unpleasant” towards Balthazar’s manager after noticing a hair next to his food.

It is reported that another situation occurred earlier in October, when James Corden and his wife visited this place to have lunch. According to Keith McNally, Corden was annoyed by the way his wife’s food was served. He also claimed that things got even worse when the waiter brought Mrs. Corden fresh food:

Mr. Corden’s wife ordered an egg yolk omelette with gruyere cheese and salad. A few minutes after they received the food, James called their waitress, M.K., and told her that there was a little egg white mixed with the egg yolk. M. K. informed the floor manager that the kitchen had redone the dish, but unfortunately sent it with homemade French fries instead of salad. That’s when James Corden started yelling at the server like crazy: “You can’t do your job! You can’t do your job! Maybe I should go to the kitchen and make an omelet myself!”

Despite all this, it seems that everything is smoothed out at the moment. A recent post by a restaurateur seems to indicate that he understands the value of a second chance and gives someone a break. However, over the years, the internet hasn’t quite felt the same when it comes to the British TV presenter.

Twitter fried James Corden for a number of reasons during his late-night TV stint. One day he was called because of claims that he doesn’t actually go to Carpool Karaoke. In 2021, he also faced harsh criticism due to his segment “Spill your Guts or fill your Guts”, which was deemed tactless. There was even a petition for Corden not to star in the film adaptation of Wicked, which is currently in production. Despite all this, Corden is still getting a full-time job and will star in the Amazon Prime Video series “Mammals.” You can see the trailer below:

One can only guess whether this kind of criticism will continue after the host leaves The Late Late Show in 2023. to root for him to move forward.

The Late Late Show with James Corden airs on weekdays at 00:37 Eastern time as part of the TV program for 2022. Paramount+ subscription holders can also stream releases on the platform.