Home Celebrity James Charles celebrates his birthday with a very … 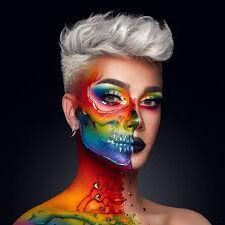 James Charles, known for being a make up YouTuber, recently released his own reality show titled “Instant Influencer” through YouTube Orginals.

The influencer has gained fame thanks to his tutorials and shadow palette, he has also experienced several controversies on social networks, but he has created a great fortune and just turned 21, although his celebration was very peculiar.

Through his Twitter account, James Charles shared a couple of photos where he celebrated his new age with various balloons around him and posted a message about his plans.

In the United States the age of majority is up to 21 years, so many young people take the opportunity to try some drinks for the first time and James had the idea to do it while filming a new tutorial. Que??

Apparently, the YouTuber just wanted to have fun and show off the great tack he has, even though he can’t coordinate his moves.
The video has not yet been revealed, but he assured that he did not remember anything, because he wanted to take the opportunity to celebrate in that way since he is not a fan of harmful drinks.

Whale Gets Billion From This Altcoin: Stock Exchange Lists!