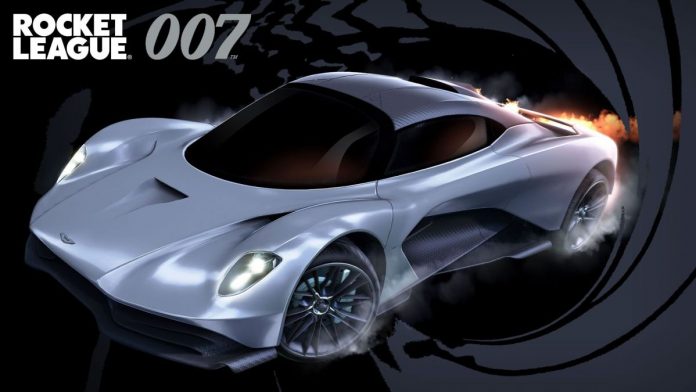 James Bond: To celebrate the release of the film, Psyonix has announced a collaboration that will bring some elements of Bond to the game. Rocket League will feature some of the brand new cars driven by James Bond, the most famous British spy in cinema and literature. Psyonix has announced an agreement whereby they have worked closely with Metro Goldwyin Mayer (MGM) and Aston Martin to bring the 007 Aston Martin Valhalla into the game. This vehicle appears in No Time to Die, the most recent film in the series, already in theaters.

According to the press release, it will be available on all platforms from October 7. Players will be able to find “Rocket League’s First Hybrid Car” in the Item Shop, priced at 1,100 credits. They confirm that it will feature the sound of the Aston Martin Valhalla engine, as well as the car’s own wheels that we see in the movie, not forgetting the Valhalla-specific decal.

It will not be the only car that is available in the store. Psyonix has revealed the Bond 007 Collection, a pack that will cost 2,000 credits and that will also add the Aston Martin DB5 from 007. All these products will be available to players for a limited time, so they will have to be purchased between the 7th and 13th of October. “There will also be three new challenges that users will be able to complete” to obtain the Aston Martin DB5 sign, the avatar of agent 007 and the title 00 Agent.

Rocket League is preparing a special event in which they will celebrate the return of James Bond. It can be followed through the game’s Twitch channel on October 8, but there will be more information about it on Twitter. The Agents are known to take on the villains.

The video game developed by Psyonix now belongs to Epic Games, as the company acquired the studio and all of its IPs. Rocket League works under the free-to-play model on PC, Xbox One, Xbox Series X, Xbox Series S and Nintendo Switch.

NEO: The World Ends with You Confirms Demo Date And Shows...

The Multiverse has created the Best MCU spoiler barrier