Home Entertainment James Bond 007 Reappears In Stunning Final Trailer for No Time To... 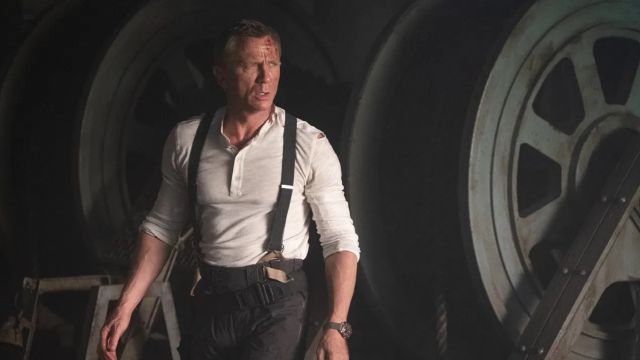 Daniel Craig’s final film as the British secret agent has been delayed a few times, but is already about to be released.The next James Bond 007 movie has been a long time to materialize, but it’s here, about to debut in theaters around the world. No Time To Die has been delayed due to the coronavirus crisis, although the film was already filmed and finished for a long time. On the occasion of its premiere, the official account of the most famous British agent in fiction has presented the final trailer, which you can see in this news.

Daniel Craig plays the character for the last time, who has accompanied him since Casino Royale (2006). In the video, Bond goes back to doing what he does best: shooting, killing, driving at breakneck speed and surviving the world’s most devious villains.

Official Synopsis of No Time to Die

No Time To Die introduces us to the former agent retired from active duty and enjoying a comfortable life in Jamaica. Of course, the peace will not last long …

When his old CIA friend Felix Leiter asks for his help, James Bond once again dons his classic tuxedo to fulfill the mission he has been entrusted with. The objective? Rescuing a scientist, a task that does not seem too complicated at first, but soon becomes more difficult than expected. Bond will follow the trail of a mysterious villain who uses dangerous and innovative technology to put his plans into motion.

James Bond 007: No time to die will be released in Spanish cinemas on October 8. In addition to Daniel Craig, the cast is made up of a group of actors who participated in previous films and others that are premiered in the series. Ralph Fiennes, Ben Whishaw, Naomi Harris, and Rory Kinnear return as M, Q, Eve Moneypenny, and Tanner, respectively, while Rami Malek (Lyutsifer Safin), Lashana Lynch (Nomi), Billy Magnussen (Logan Ash) appear for the first time.

TXT is the fastest band on Billboard and catches up with...