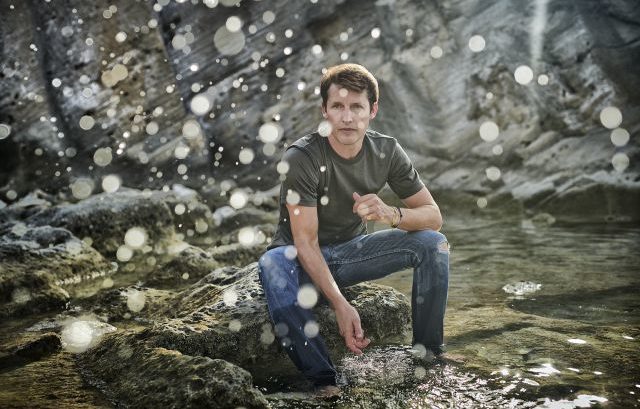 We told you a few weeks ago with the premiere of Cold’s music video, the first single from the British studio’s new album. James Blunt is back. A return not only to the musical news but also to its origins since 15 years later he has joined his musical debut with his most recent project: Once upon a mind.

That link is Cold, which as we say is his attempt to set the counter to zero and reconnect with the public from that hit without comparison. His video clip is absolutely sweeping: he wears the same dark pants, emerges from the water, reaches the shore and after recovering he begins to climb the cliff from which he launched recovering the objects he left on top: his shirt, his raincoat, his shoes , his ring … Cold is the continuation of You’re beautiful, a spherical and modern twist on love.

“I think it’s the most honest album I’ve done so far. Back To Bedlam was very similar in the sense that I had been writing those songs for a while about the experiences of my life at that time, and they came together in my debut. And each song in this album represents something that I am currently going through or that I have experienced recently. It is a very personal album and I am very proud to be able to share it, “explains James Blunt.

My new song Monsters is out this Friday, along with this acoustic version.

It is not your only big bet. There is a freshness that resonates throughout the eleven new songs that make up Once Upon A Mind, his sixth studio album (Back to bedlam, All the lost souls, Some kind of trouble, Moon landing and The afterlove), which will be released on October 25 under the production of Steve Robson, Jimmy Hogarth and TMS.

“Ironically, only when I have written songs thinking of myself or my loved ones and not my audience is when I have had authenticity and honesty to connect with others” has confessed to Esquire.

James Blunt published his debut, Back To Bedlam, in the fall of 2004 and shortly after his first single You’re Beautiful became a global success, since then he has sold more than 23 million records.

Beyonce,Taylor Swift and Katy Perry are among the most beautiful women...

K-Pop: 5 idols women go against the culture of machismo in...