Home Sport James and Antetokounmpo win at the rate of MVP; Heat and Raptors... 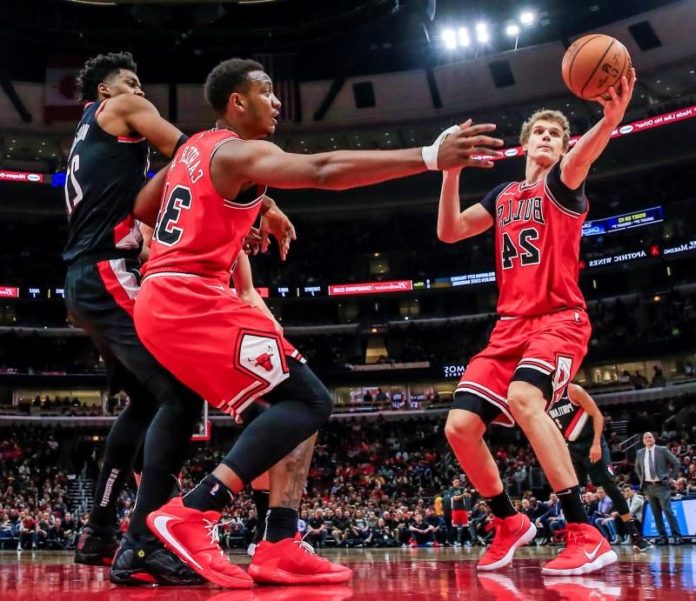 The forward LeBron James and the Greek power forward Giannis Antetokounmpo maintained their status as top contenders for the Most Valuable Player (MVP) award after returning to be decisive protagonists in the triumphs achieved by their respective teams of Los Angeles Lakers and Bucks of Milwaukee .

The marathon NBA day also left the victories of the Miami Heat and Toronto Raptors, who remain undefeated in their respective fields.

James was once again the great leader of the Lakers who maintained their triumphant streak by winning as visitors 104-114 to the San Antonio Spurs, after contributing a double-double of 33 points and 13 assists that helped the Lakers get his second victory against the Spurs so far this new season and expand to eight in recent games.

The winner of four most valuable player (MVP) awards in the league ended with 13 baskets in 24 field attempts and 4 of 7 triples in 35 minutes of action, while the thousands of Lakers fans in San Antonio accompanied him with songs of “MVP! MVP!”.

The Lakers (15-2) with their triumph maintain the best mark of the Western Conference and the league.

Antetokounmpo once again claimed to be the MVP of the league by scoring 50 points that helped the Bucks beat the Utah Jazz 122-118 and reach the eighth consecutive victory.

In addition to reaching his best starter mark so far this season, Antetokounmpo also captured 14 rebounds, the seventeenth consecutive double-double with which he helped the Bucks avoid the comeback that the Jazz started in the second half.

Antetokounmpo’s double-double streak is the longest to start a season since Bill Walton did 34 in 1976-77.

The Heat are serious as a winning team and with the center Bam Adebayo and the guard-forward franchise Jimmy Butler had no problems when winning tonight 117-100 to the devalued Charlotte Hornets.

Adebayo was responsible for mastering the actions in the inner game by getting a double-double of 21 points and 13 rebounds that left him at the head of the Heat offensive.

Butler also came to the game with a good touch of the wrist and contributed another 21 points, as the second top scorer.

The victory allowed the Heat (12-4) to take a 7-0 mark in their field, something they barely achieved for the second time in their history. They were 8-0 to start their 2012-13 championship campaign.

The leading role of Cameroonian power forward Pascal Siakam and the great defense presented by the Raptors allowed them to win the Philadelphia Sixers 101-96 in the rematch duel of the last semifinals of the Eastern Conference.

Siakam scored 25 points, base Fred VanVleet added another 24 and the Raptors’ defense silenced the stellar center of the Sixers, Cameroon Joel Embiid who was not allowed to score a single point.

The current NBA champions have a perfect 7-0 mark in the matches played in their field and the 12-4 overall.

Veteran forward Carmelo Anthony began to play a leading role in the Portland Trail Blazers attack by earning 25 points that helped them win visitors 94-117 against the evicted Chicago Bulls.

Anthony, who played just his fourth game with the Trail Blazers, was responsible for leading the attack of the Portland team that with victory broke a streak of four consecutive losses.

The new Trail Blazers player scored 10 of 20 field shots, including four of seven from the three-point zone. He reached 25,615 points in his career to beat the legendary Alex English (25,613) in eighteenth place in the list of scorers in the history of the NBA.

The eaves T.J. Warren scored 26 points as the leader of the Indiana Pacers’ winning attack that won 126-114 against the Memphis Grizzlies.

Escort-forward Jeremy Lamb contributed another 19 points and reserve base Aaron Holiday finished as a sixth player by scoring 16 points that also helped the victory of the Pacers (10-6), the third in a row and the seventh in the last nine played .

The base-guard Spencer Dinwiddie returned to be the winning leader of the Brooklyn Nets by scoring the basket that in the absence of 1.9 seconds of the end of the regulatory time allowed his team to keep the home victory of 106-108 against the Cleveland Cavaliers.