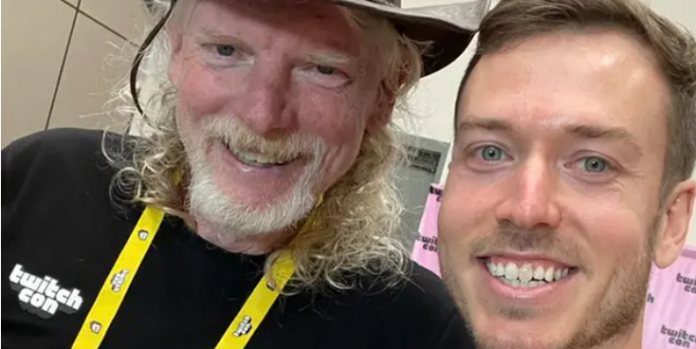 Streamer IRL JakeNBake called Twitch president Dan Clancy “out of touch” after meeting him during TwitchCon 2022.

Last weekend, TwitchCon 2022 was held in San Diego, California, where for the first time in three years, content creators from around the world gathered.

However, there were problems: fans said that the DreamSMP panel was a “disaster”, and the controversial foam pit injured several convention attendees.

Twitch streamer JakeNBake spoke with company president Dan Clancy during the event, calling him “out of touch” after the broadcast.

JakeNBake Calls Dan Clancy “Out of Touch” After Conversation

During the event, JakeNBake met with Twitch president Dan Clancy, who spoke about the recent revenue sharing and other aspects of the platform.

In a clip posted by LowcoTV on Twitter, Jake explains that he’s not exactly thrilled with the conversation.

“I’ll be honest, dude, the president of Twitch… personally, I have no problems with him, but to be honest, I don’t feel confident as a streamer on the platform with someone who doesn’t know what streamers need and want,” he explained.

After meeting with Twitch President Dan Clancy at TwitchCon, IRL streamer Jakenbake said, "I don't feel confident as a streamer on the platform with someone who is that out of touch…"

Recently, Twitch has been criticized for various reasons, one of the most serious of which was the recent announcement of the complete rejection of revenue sharing on the 70/30 platform.

This decision was immediately met with a negative reaction from creators around the world, but monetization director Mike Minton doubled down on his opinion during the “Patch Notes” panel at TwitchCon.

To find out more news about entertainment, visit our center.

How to Get 60 Frames Per Second in Gotham Knights on...