Home Celebrity Jake Paul wants a fight with Floyd Mayweather, but on one important... 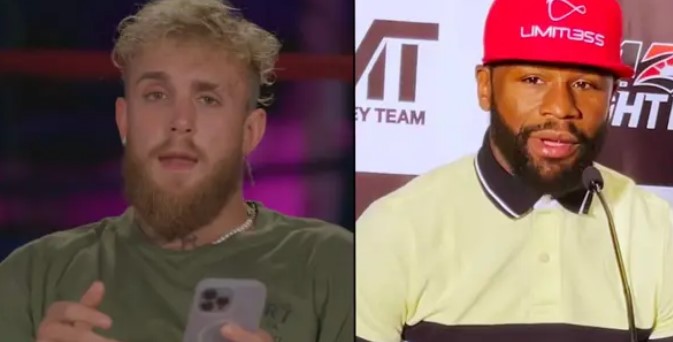 Despite the fact that he is preparing for a fight with Anderson Silva at the end of October, Jake Paul is not shy about telling people that he has plans for once he is done with the MMA legend.

The YouTuber-turned-boxer has teased himself about moving into the world of mixed martial arts, but still wants to fight boxers with famous names. And that includes Floyd “Money” Mayweather, although this pair is very different when it comes to weight classes.

Jake had already convinced Floyd to fight him several times, but was building up the pace after seeing the undefeated boxing legend fight Deji in November. However, Jake doesn’t want it to be just an exhibition.

Jake Paul Wants Floyd Mayweather To Risk Boxing Record Against Him
The “difficult Kid” talked to MMA Fighting about the possibility of fighting with “Money” at some point, and he still wants it to happen, but he wants the stakes to be high.

“I think he would [fight me] if it was a show fight,” Paul told the martial sports website. “The thing is, I want it to be a real professional fight and for him to take his undefeated record, which I don’t think he will risk.”

Jake believes that if it was a professional fight, it would make it “three times bigger” compared to an exhibition. “I definitely think we’re going to have a fight in the future,” Paul added. “Whether it’s an exhibition or not, we’ll figure out that part.”

At the moment, Floyd hasn’t risked his 50-0 record since fighting Conor McGregor in 2017, instead focusing on show fights with celebrities and other athletes.

Of course, the fight would still be profitable for them if they went the exhibition route, but the stakes would not be as high as they could be. So, we just have to wait and see what happens.