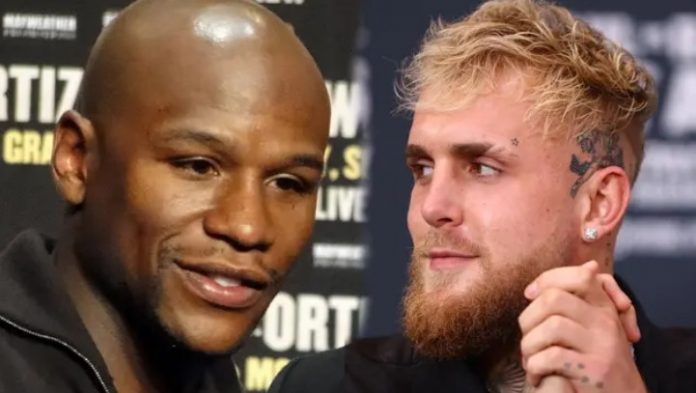 Jake Paul wants to add a clause that requires Floyd Mayweather to pay the money owed to his brother Logan if he enters the ring.

Jake Paul has only a few weeks left before his biggest fight, which will take place on October 29 in an exhibition boxing match with former UFC champion Anderson “Spider” Silva.

Despite the fact that in just a few weeks he entered the ring with his strongest opponent to date, he is already thinking about future fights. Recently, the YouTuber doubled down on touching gloves with “Canelo”, and the “Difficult Child” was even eyeing his MMA debut.

A possible show fight with boxing legend Floyd “Money” Mayweather is also possible. But Jake will try to include several additional conditions in the contract, one of which will be that his older brother will finally receive money for the fight with Mayweather last year.

During the 8th episode of BS with Jake Paul, the youtuber turned boxer touched on the topic of Mayweather’s last fight and his upcoming fight with Deji, where he said a few words about the 50-0 boxer and his choice of opponents.

Paul’s enraged brother once again stated that Mayweather is wasting his fans’ money and time, and is also destroying his legacy with “small demonstration fights” against fighters whose names he doesn’t even know.

The YouTuber also noted that he has yet to pay his brother for their exhibition fight last year. However, if the two ever touch gloves, he plans to add a clause that will make Mayweather pay.

“I will say that if we fight, part of the contract will be that he has to pay my brother,” Jake said. “I get you, Logan. I’ll give you the damn money back, buddy.”

It’s unclear if we’ll actually see the two settle scores in the ring, as Jake recently stated that he can’t believe it’s 2022 and Floyd Mayweather is “afraid” to fight him.

Nevertheless, the hype around a potential fight is definitely growing, especially after statements that he will give Mayweather a “proper pension” if they ever fight.

Hveen Is Out Across The World and Kolde Has Joined Records...