Home Entertainment Jake Paul Claims KSI “Needs” Him for a Boxing Fight, But He... 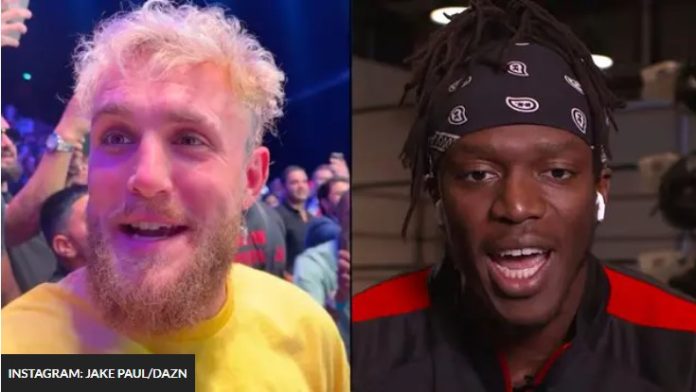 Jake Paul explained why he’s not too desperate to fight KSI, arguing that his longtime rival “needs” someone else to sell pay-per-views.

Despite the fact that a couple of them have moved on to fight with professional fighters and mixed martial arts stars, many fans still want to see Jake Paul and KSI fight in the boxing ring.

After his victories over Swarmz and Luis Pineda, KSI said that he still has some work to do to reach Jake’s level. On the other hand, Jake said he would fight KSI in the UK if the British YouTube star put part of his PRIME Hydration business on the line.

Two two “agreed” to fight at some point in 2023, but Jake’s side definitely soured because of that. He apparently verbally agreed to fight Tommy Fury and still wants to fight Nate Diaz. And, from superboy’s point of view, he doesn’t see KSI as such.

Before Floyd Mayweather’s victory over Deji, at which he was a guest, Jake told DAZN about his plans for the future and whether he considers himself against KSI the biggest fight for him financially.

—No,— Jake said shortly. “I think my fight against McGregor is probably the most important because he is still active, still young. Press conferences would be absurd.”

However, he returned to a potential fight with KSI. “KSI doesn’t actually sell pay-per-views on its own. He needs Logan Paul or Jake Paul,” he added. “He sells a lot of merchandise like Sidemen shit and all that, but pay-per-view is different when someone shakes out $60.”

While Jake doesn’t want to enter the ring with his longtime enemy, KSI will have a chance to refute his claims in the new year on his PRIME boxing card.

If he can win another victory there and attract Jake’s attention with sales, who knows what might happen later.

Forza Horizon 5 Will Have Stations Again, But They Will Bring...