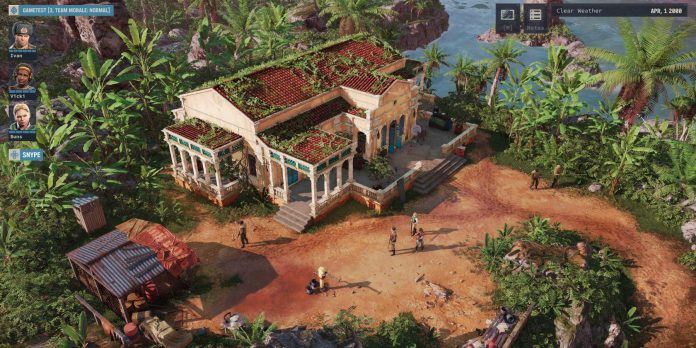 The three-minute trailer for Jagged Alliance 3 tells about turn-based battles and various tactical role-playing game systems. Fans of the genre will be thrilled that the basic elements of Jagged Alliance combat are coming back, investing action points for higher accuracy and choosing body parts to fire various types of weapons. Players also have a wide variety of weapons, including explosives. In addition, players will have to collect and collect rewards, as well as fight in the middle of the match.

In addition to individual combat encounters, Jagged Alliance 3 will also include a much larger conflict that players can delve into. In the latest trailer from THQ Nordic, this system is teased at the end with a large map and a grid dividing the areas into red, blue and gray parts. This is Grand Chien, and players will have to fight for control of the territory, recruit several mercenary units and repel the attacks of enemy forces. The player’s choice will affect what happens to Grand Chien and the people inside it.

As already mentioned, Jagged Alliance 3 is being developed by Haemimont Games, a name that should be well known to fans of urban planning and strategy games. Hamimont is responsible for three games in the Tropico franchise, Imperium Romanum and several other urban development projects in Rome, and most recently Viktor Vran. Jagged Alliance 3 is definitely a new style of play for Haemimont, but it definitely has the experience to offer something special.

At the moment, Jagged Alliance 3 still has no announced release window. Considering the step forward that fans can see from the announcement clip to this new game trailer 10 months later, it’s clear that progress is moving forward quickly. Don’t be surprised if you learn more about Jagged Alliance 3 from THQ Nordic in the coming months.

Jagged Alliance 3 is in development for PC.

Cutest Demon Hunter: Kimetsu no Yaiba’s Tanjiro Gets a Dog in...