Home Celebrity Jaehyun to not act in Bungee Jumping Of Their Own, drama canceled 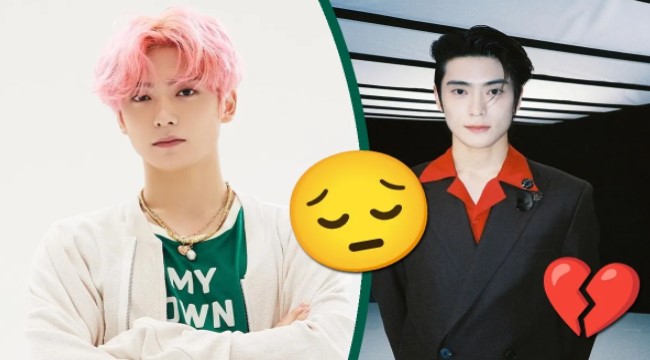 Jaehyun’s acting side has not been shown to fans yet, the Korean drama Bungee Jumping Of Their Own will no longer be carried out according to plans.

Just a few days ago, the new role that Jaehyun would play on screen had been unveiled, the SM Entertainment idol and NCT 127 member was announced as one of the leads of a web drama and fans couldn’t hide their excitement from him. .

The singer would take on the role of Im Hyun Bin in the remake of Bungee Jumping Of Their Own, a project that would take the story of the original film into a multi-episode remake via Kakako TV, however, now the plans have changed.

It has been reported that the Korean drama was canceled, so all the preparations that were underway before filming began were permanently paused.

According to the Kakao Entertainment statement, the remake would be possible because the production company that is in charge of the rights agreed to make this drama, but the author of the story had some concerns that he shared with the staff in charge of the series.

In the process of preparing for production, the writer of the original film expressed concern

In this way and taking into consideration his perspective, the decision was reached to cancel the creation of the new K-Drama.

NCT 127 fans are looking forward to seeing Jaehyun giving life to a drama character, previously he was going to make his debut as an actor in the Dear.M series and even filmed the corresponding episodes, but due to a controversy involving one of the cast members, this production was no longer released.

Now that the cancellation of Bungee Jumping Of Their Own has been announced, fans of the idol have expressed their interest in knowing which series will finally allow us to know the acting side of this boy.

Justin Bieber is romantic with Hailey Baldwin for Christmas!