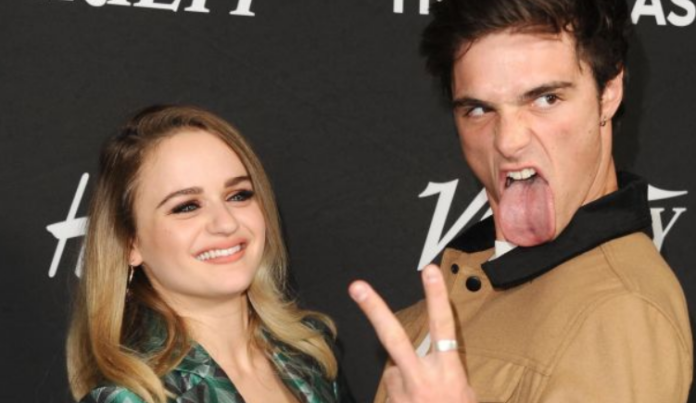 Is Jacob Elordi still saddened by his breakup with Joey King? This detail which seems to confirm it panics the Web!

Determined to set the record straight, Jacob Elordi responded to accusations that imply that he was disgusted to shoot The Kissing Booth 2 with Joey King. Fans rest assured, the Australian actor loved working again with his ex-girlfriend on the film. No discomfort between them therefore. As a reminder, the two ex-lovebirds began dating in 2017 after meeting on the set of the first part. Unfortunately, their romance did not last and they broke up two years later. A separation which still seems to move the actor if we are to believe this detail which has clearly not gone unnoticed on the Web.

You might have missed it but at the end of The Kissing Booth 2 , Netflix shared the blooper. While viewers discovered some very funny moments within the cast, they also noticed Jacob Elordi’s surprising technique for being moved: looking at old photos of him and Joey King on his cellphone . During the sequence, the actor confirmed it by declaring: “I am playing a slide show. I just release my emotions.” A gesture that made people talk. Is the interpreter of Noah still saddened when he thinks back to his break up with his co-star? It’s possible. Anyway,Jacob Elordi has obviously turned the page since he is now in a relationship with Zendaya .