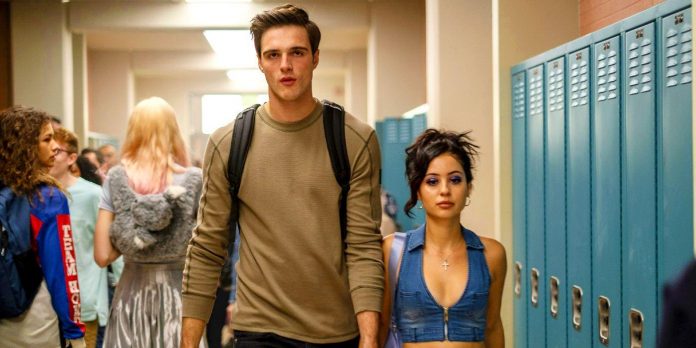 However, the second season of “Euphoria” has also been at the center of controversy behind the camera. Back in March, a wide-ranging report described the Euphoria set as a toxic work environment. Several crew members and extras spoke about their hellish experiences during filming, stating that they were not provided with enough food and toilet breaks. Other complaints mentioned that the filming of the show could last 18 hours, starting at dusk and ending at dawn. These long hours were partly explained by the fact that the creator of “Euphoria” Sam Levinson sometimes came to the set without a clear plan of how, in his opinion, the filming process should develop.

By topic: The second season of Euphoria proves how good Zendaya is

In his GQ UK profile, Elordi spoke about his experience working on Euphoria. The actor called being on the set of the HBO series “an absolute pleasure.” He stressed that he did not want to downplay someone else’s experience, explaining that as an actor he likes the feeling of working tirelessly to show his best performance. He also notes that it takes a lot of work and many are trying to turn Euphoria into a hit that everyone is talking about. Elordi’s quote is given below.

“For me, working on this set is a real pleasure. When I work with Sam, I’m in the trenches with him, and I trust him, and I work to the bone for him. I think I’ve read people saying: “Look, this is a bad image, you don’t have to work to the bone for art.” F-k is. I like it. … What everyone sees on TV, the shots people talk about, the feelings they feel, the conversations around the show, it’s because some shots are shot in 30-plus takes.”

For its part, HBO has defended Euphoria from accusations of a toxic environment. The cable channel noted that the production fully complied with all safety rules and guild protocols, noting that drama series often have complex filming, and COVID protocols add an “extra layer”. HBO concluded its statement by mentioning that “no official investigations have been conducted.” In any case, this was just one of the controversies surrounding the second season of Euphoria. There were also rumors about the tension that allegedly affected the writing of minor characters, and discussions about whether it was always necessary to rely on nude scenes in the series.

In this context, it is important to remember that the experience of one actor does not speak for all. This probably doesn’t say what Elordi thinks, as he previously referred to long-term filming as “being in hell”; echoing anonymous crew members. Working on a popular and demanding TV series, such as Euphoria is a unique experience that will cause a lot of mixed emotions. More important than focusing on a single positive piece of evidence, no matter how credible, is ensuring that no one feels unreasonably overworked and neglected.

How to Get (and Use) Abandonment in Monster Hunter Rise: Sunbreak