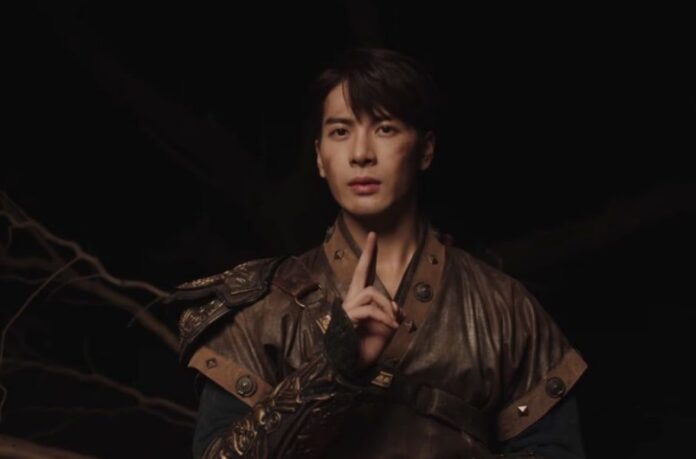 Jackson Wang is the cover of SUPERELLE magazine , in addition to taking a photoshoot , the idol talked about his tattoos and his new projects .

The GOT7 rapper in addition to being passionate about music , one of his biggest inspirations is fashion, clothing and trends , the rapper originating from the big city of Kowloon Tong, in Hong Kong has a big surprise for AGAHASE .

Jackson Wang founded his own clothing company called TEAM WANG , the rapper from JYP Entertainment embarked on this new journey as an independent fashion designer and creative in 2017 .

As part of his activities as a K-pop artist , fashion figure and model, Jackson Wang was invited to be part of SUPERELLE magazine , a publication owned by the well-known ELLE .

Jackson Wang is now the figure that adorns the cover of SUPERELLE China in the month of August , the interpreter of ‘ 100 Ways’ shared with his fans the preview of the interview that he offered to the publication.

Through his Instagram account , Jackson published the cover of the magazine SUPERELLE China , where he wears an elegant watch, black pants with white and a red zipper, in addition to the face of the rapper shows a touch of mystery and strength .

As part of this activity, Jackson Wang gave an interview to the fashion and trend publication, the idol will speak for the first time about the stories surrounding their tattoos and the meaning of them. OMG!

In the first image of Jackson Wang for SUPERELLE China you can see that he has three tattoos, one says ‘TEAM WANG’ , below this the legend ‘Let´s Make History’ , in another one can distinguish the word ‘ Cookies ‘.

Rapper fans will be able to acquire the magazine starting tomorrow, SUPERELLE China reported that the presale is limited and that first orders would include a gift poster and an exclusive photograph of Jackson Wang.

The hashtag #JacksonWang became a trend on all social networks due to the announcement of the appearance of Jackson Wang in the famous SUPERELLE China . What do you think of this news?

WOW !!! Recently, fans of Jackson Wang asked him about his friendship with Namjoon, the leader of BTS, the GOT7 rapper spoke a bit about their friendly relationship and his future plans to unite their voices in a collaboration.

Leslie Grace and Abraham Mateo didn’t fit in the bathtub

GOT7 reveals new teasers for DYE, will there be new subunits