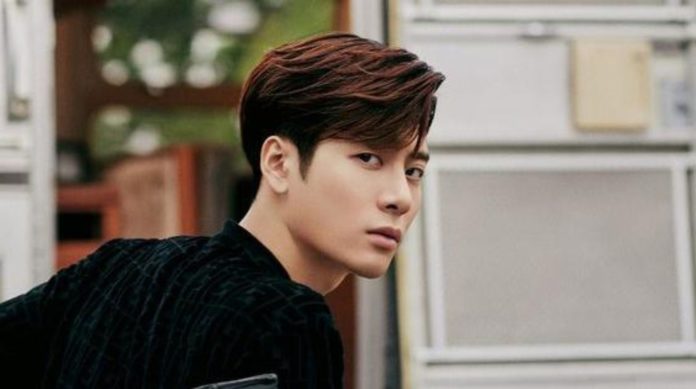 Jackson Wang could have two new tattoos. The idol could have decided to mark his skin forever with something that is very important to him.

Throughout his career, Jackson has managed to excel in the music industry and achieve his own achievements inside and outside of GOT7 . The idol continues to fulfill his dreams and in every opportunity he has he mentions how happy he is to be able to follow the side of the people who have always supported him.

There is nothing more important for Jackson than his family , his fans and his Team Wang , who have been with him in all his joys and sorrows and everything seems to indicate that the idol decided to capture that great love he has for them in the form of tattoo . KHÉ ?! We tell you what we know.

Recently, Jackson was seen walking when he was captured by the paparazzi cameras. These photos had gone unnoticed until several noticed that there was a strange black silhouette on the idol’s chest. While several think that it is only a patch to cure some injury that Jackson could have , others say that it is a tattoo .

As if that were not enough, several fans who had the opportunity to be closer to the GOT7 member revealed that the supposed tattoo that Jackson would have on one of his arms is about the Olympic Games .

Others say that this would not be the only tattoo he decided to do, since he supposedly has another one on his ribs , which says ‘ TEAM WANG ‘. OMG! So far, it’s all about rumors and many fans are still waiting for Seunie to update her Instagram account with a photo confirming these rumors .

Although Jackson is a very healthy boy who has always been concerned about his health and well-being, on previous occasions he had talked about the possibility of getting a tattoo where he paid tribute to the most important people in his life: his parents .

Do you think the tattoos of Jackson are real ? Leave your comment.

The unforgettable kiss of Matt Casey and Sylvie Brett

Jungkook had a different role in Daechwita, find out what it...