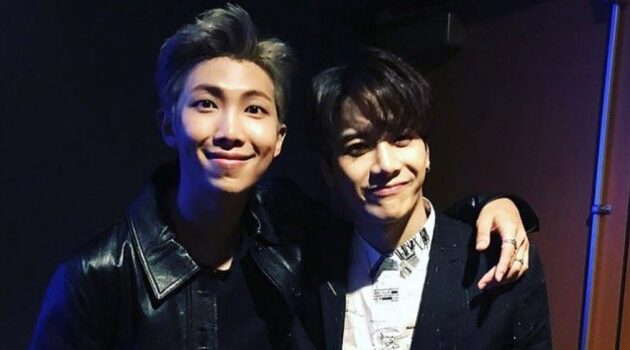 Jackson Wang revealed that means his friendship with Namjoon of BTS and if you will soon be on stage to collaborate on a song .

There are many of the stars K-pop maintaining a strong friendship with others gone , no matter whether or not the same group, his charisma is so great that your circle of friends is very large and become very close .

RM of BTS and Jackson Wang of GOT7 , has long been known and have remained in touch despite their busy lives in various activities, one of the things that unites them is the love of music, both rappers at different times They are questioned about the possibility that exists to unite their talent in a song and show it to the world.

Jackson Wang was as a special guest in an interview for ‘Ask Anything Chat ‘, where the GOT7 idol spent time with his fans and talked about his upcoming projects, his career and his dreams.

Some of the viewers asked him some doubts they had about his passion for fashion, his facet as a designer, and his best tips for taking selfies, they also took the time to question him and know that he thought of collaborating with RM , leader of BTS.

The GOT7 rapper said that he would very much like to team up with Namjoon , expressed that he would ask him to do something together, they have known each other for many years and are too close, Jackson Wang ended the topic saying: