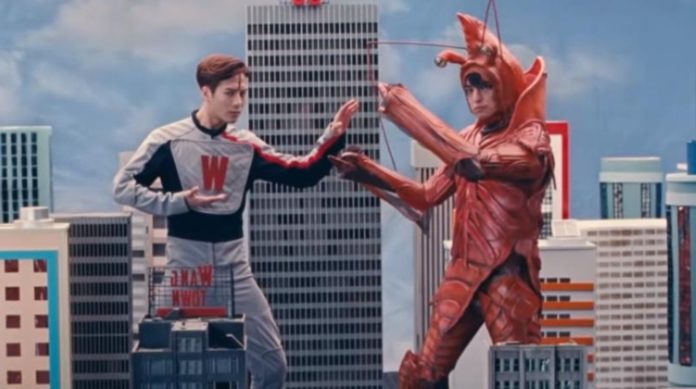 Jackson Wang, Joji, Swae Lee and Major Lazer combine their rhythms to create “Warning” a song that mixes the style of all artists, creating something so creative, interesting and worth listening to.

The song is accompanied by the official video, in which Joji and Jackson are the protagonists. Joji is a giant lobster, which destroys the city, his fury is out of control when he sees that the girl he likes is with someone else (Wang).

Without any control, it begins to undo buildings, streets and cars; That’s when Jackson becomes a huge robot, a battle very similar to what we used to see with the Power Rangers. When it seems that Wang is about to destroy the unfortunate lobster, he begins to remember his years at school, when he suffered from bullying.

It is at that moment that he shakes hands with his “enemy” and they end the fight with a hug. AWWW!

Although the other artists are not seen in the clip, their musical essences are appreciated, a single that is totally worth listening to. When had you heard K-pop, rap and deep house in one song?