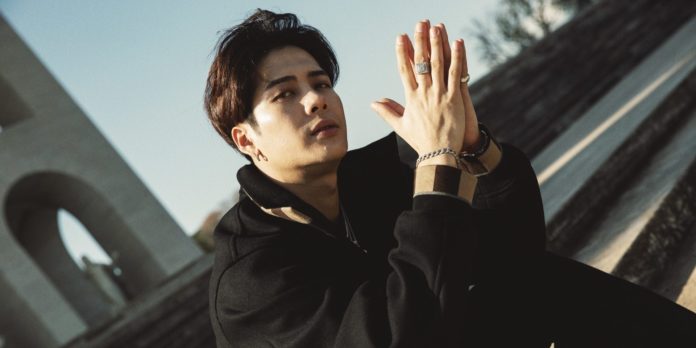 Jackson Wang receives a big surprise on his birthday. The samples of affection have been present during this special day.

Jackson Wang is turning 26 today and, very much in keeping with his way of being, it has been a busy day as he continues to prepare new music in his studio with TEAM WANG , however, such a special date could not pass unnoticed. With great excitement, Jackson shared the way his team celebrated his birthday with him, bringing him a cake and encouraging him to make a wish.

In addition, this idol was able to communicate with his parents and used this opportunity to thank them for everything they have done for him and the life they have given him . From an early age, Jackson traveled to Seoul to pursue his dreams after joining JYP Entertainment , he left behind his future as an athlete and followed his heart to reach new challenges and enter the world of music.

Thank you mom dad for giving me this life❤️
Thank you TEAM WANG crew for celebrating with me in the studio middle of the session
Thank you to you all here for supporting me since day 1
So blessed & I will make my people
(you all) proud 1 day
Trust me#TEAMWANG #26yrsold #love pic.twitter.com/nyR3mSxDSt

His charismatic, funny and always full of enthusiasm personality have led him to win the hearts of a large number of fans around the world , but he has also earned the affection of other K-pop personalities, who have always highlighted the authentic, polite and enthusiastic he is.

It doesn’t matter if it’s your projects with GOT7 , your solo releases or your appearance on shows in Korea, China, the United States or anywhere in the world, his followers have shown that his loyalty will be with Jackson Wang because they appreciate and admire him in all its facets as an artist and also as a person.

Being an idol who always tries to give encouragement, sharing messages of joy, togetherness and motivating everyone to take risks and fight for what they love , it is inevitable that his fans try to do the same for him, since the best way to thank the happiness that Jackson gives the world is showing him all the love he has managed to cultivate, that’s why the hashtag #BlessedToHaveJackson has positioned himself on Twitter thanks to the followers of this idol around the world, who have nothing but good wishes for him.

Check out some of the tweets that are celebrating Jackson’s birthday here:

Happy birthday to this hard working, kind hearted and talented man, Jackson Wang. The fandom is proud of who you've become as a man and as an Artist. Always be yourself and keep shinning KING 👑❤#BlessedToHaveJackson@JacksonWang852@GOT7Official #GOT7pic.twitter.com/Y5UI056msz

LG aims to leave Samsung behind with Velvet Series